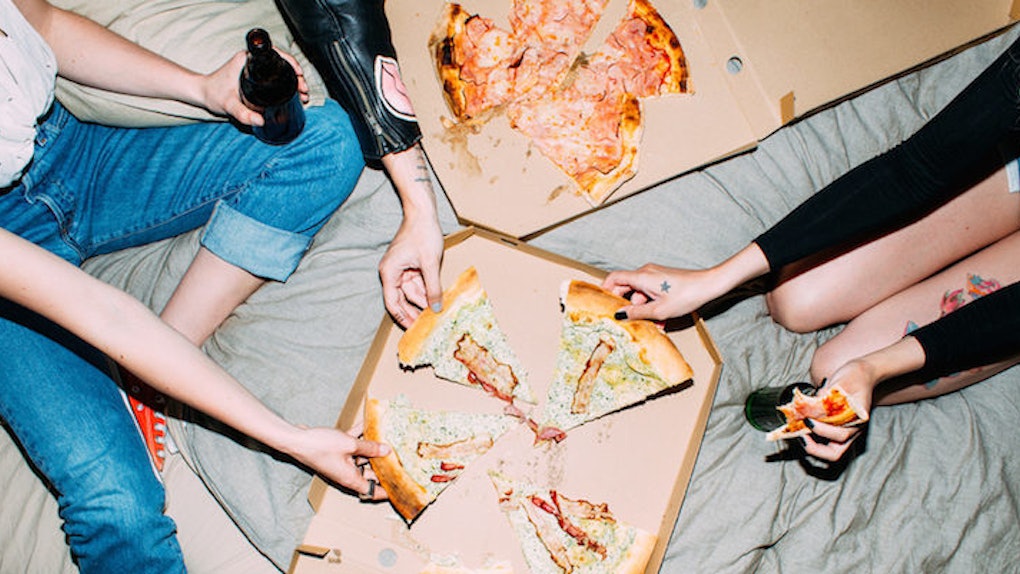 There Just Might Be An Incredibly Easy, Delicious Way To Stop Overeating

Want to lose weight? You should probably be eating more chocolate and cheese, according to science.

But according to European researcher Per Møller of the University of Copenhagen in Denmark, eating more flavorful foods will lead to a feeling of satisfaction and make you less likely to overeat.

I belong to the minority of researchers who are at odds with the idea that food should be bland, boring, and not satisfactory in order for people not to overeat.

In a 2013 study, to examine this idea more closely, Møller gave study participants either a serving of bland soup or spicy, flavorful soup.

While you would think people would want to eat more of the flavorful stuff, they actually reported feeling more satisfied with less of it.

We're not saying you should be stuffing your face with all things delicious, especially if you're not getting many nutrients out of the deal -- although how great does that sound?! -- but this study is something to keep in mind the next time you find yourself literally eating all day long.