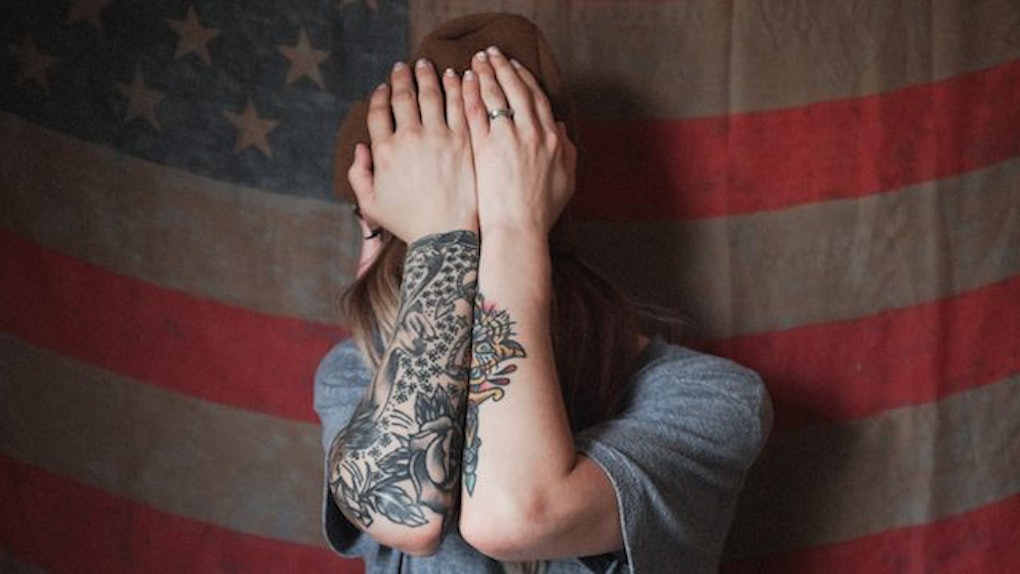 Donald Trump has an uncanny knack for keeping people divided -- even families.

Are we surprised, though?

Look at what's happened to our country in a matter of days. You can't deny the fact we are a divided nation, and it's devastating to know our president is finding pleasure in fueling the fire.

Now, let's look at the damage on a smaller scale and think about our loved ones.

No matter who you are or how close to your relatives you may be, you probably have family member (or two) who doesn't have the same political beliefs as you.

That's normal, guys. Although intrafamily political discussions are usually treaded lightly, they typically pass and end with the decision to agree to disagree.

Especially under a Donald Trump presidency.

Why? Because Donald Trump is indirectly tearing families apart, and the damage that he's doing is quite irreparable.

I say "indirectly" because he isn't walking into homes, flipping tables and causing the mayhem himself, but he might as well be.

Allow me to explain the reasons why Donald Trump altered the dynamics of my loved ones, as well as thousands of others.

To make a long story short, I shared an image on Inauguration Day that displayed Donald Trump's "Grab 'em by the pussy" quote on my wall.

At the moment, I was distraught that our president said those things prior to being elected, which is why I posted the quote when I did. I was trying to make an emotional impact, and I certainly wasn't looking for a debate.

But that's what I got.

This wasn't a normal debate though, because my family and friends -- the people I care deeply for -- started arguing about politics in the strand. I agreed with some opinions, and disagreed with others.

Even so, contrasting reactions to the post became viscous in a matter of minutes.

And now, some of my family members aren't speaking with one another... or speaking to me.

To that day, I had never been exposed to animosity like that between my loved ones who have different beliefs, and I blame Donald Trump.

The main reason I blame the Trump for indirectly ripping my family and others to shreds is because his administration makes discussion impossible and animosity acceptable.

It makes belittling others acceptable, and it makes lying acceptable.

A majority of his supporters are following his lead and making it OK to demean others in discussions, the same way he demeans the press during conferences.

Believe me, watching a portion of my family fall apart on behalf of a Donald Trump discussion was mind-boggling.

Although this too shall pass, it broke my heart, but I'm not the only one feeling this way.

I have a few friends who didn't spend the holidays with their families because they were afraid of political discussion about Donald Trump getting out of hand.

I know people who have gotten lectured by their loved ones after going to peaceful rallies and actively engaging in protests against Donald Trump.

The tension between these two parties is getting brutal, and we need to take a step back put things into perspective. Family is family, no matter what political party they support.

Still, I blame Donald Trump for disrupting the peace between loved ones.

I blame the hatred he promotes. I blame the offensive words he deems acceptable. I blame his tendency to demean others without a second thought. I blame his ability enrage his supporters in all the wrong ways.

Families are becoming bruised and dismantled because of Donald Trump, and he doesn't even care.

We have to resist and come to the conclusion that his presidency will only last four years.