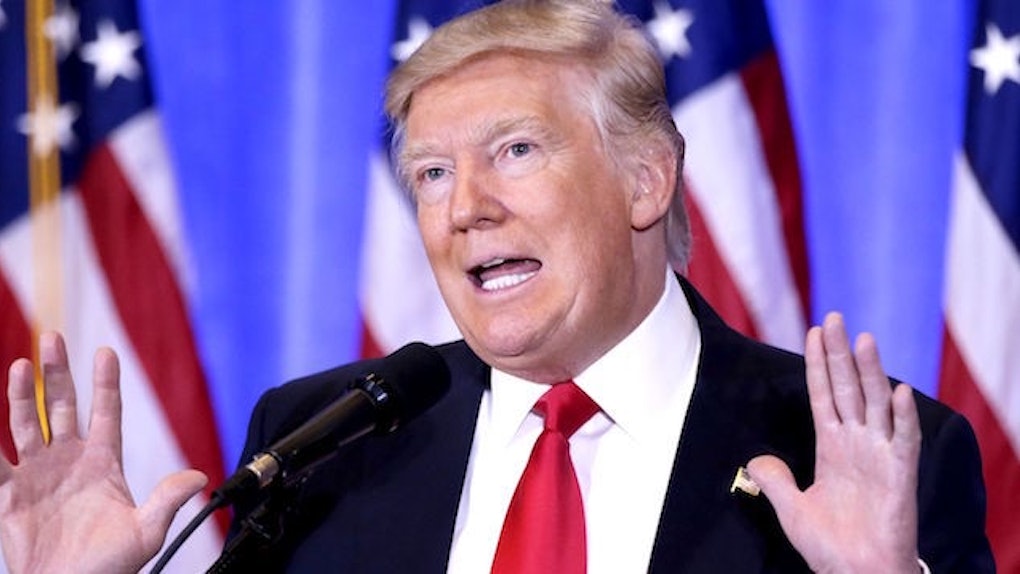 Donald Trump may finally be the 45th President of the United States, but that doesn't mean he's stopped tweeting.

In fact, based on a slew of tweets he fired out Sunday morning, Trump appears as big a cyberbully as ever.

Saturday, roughly 500,000 protestors took to the streets in Washington DC to take part in the Women's March. These women and men stood up for rights, freedoms and liberties that appear severely threatened under POTUS Donald Trump.

As further evidence of global solidarity in the anti-Trump movement, it appears well over a million people took part in protests around the world.

However, with the touch of a button, at 7:47 am EST, President Trump sought to mock and undermine those efforts via Twitter.

Watched protests yesterday but was under the impression that we just had an election! Why didn't these people vote? Celebs hurt cause badly.

Now might be a good time to point out Donald Trump lost the popular vote in the November election... by nearly 3 million votes.

But hey, who's counting, right?

In under 140 characters, Donald Trump tried to silence the efforts of millions of individuals, but I doubt he succeeded.

Four minutes after the above-mentioned tweet, President Trump stroked his own ego by tweeting about the television viewership numbers for his inauguration.

Wow, television ratings just out: 31 million people watched the Inauguration, 11 million more than the very good ratings from 4 years ago!

Why get bogged down with facts, though, right?

The President of the United States used the word "democracy" and said he recognizes "rights."

Peaceful protests are a hallmark of our democracy. Even if I don't always agree, I recognize the rights of people to express their views.

What happened, did someone scold Trump? It's going to be a long, long four years.

Citations: Yes, Trump watched the Women's Marches, and yes, he tweeted about it (Mashable)