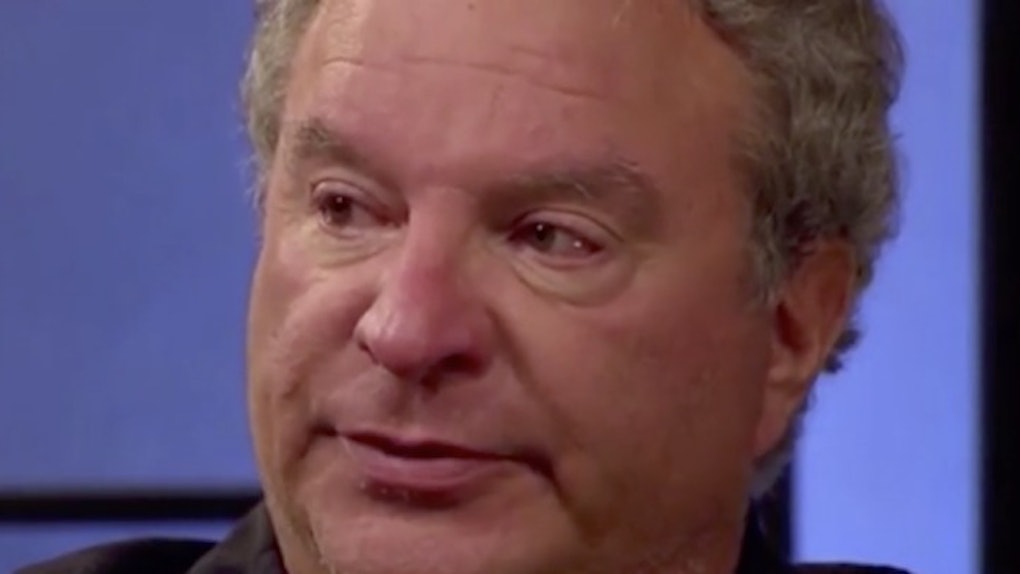 Dad Of Teen Who Ate Man's Face Breaks Down Apologizing

Dr. Wade Harrouff, the father of "cannibal killer" Austin Harrouff, who fatally stabbed a couple and ate the guy's face off while allegedly on the "zombie" drug, appeared on "Dr. Phil" to speak of the murders his son committed.

The dentist broke down in tears, describing his life as "the biggest nightmare" and apologizing to the families of his 19-year-old son's victims.

He also offered more insight into Austin's bizarre behavior the night he stabbed John Stevens, 59, and his wife Michelle Mishcon, 53, to death in their garage. This includes Austin drinking a bottle of vegetable oil before storming out of a restaurant where they were having a family dinner.

Mina, Austin's mother, called 911 after he left to tell police of his erratic behavior and that he was claiming to have superpowers.

Dr. Harrouff believes his son committed the murders because of mental illness and said he experienced a huge personality change two weeks before stabbing the couple and then eating parts of John Steven's face and abdomen.

Through tears, he said,

I'm deeply sorry for what my son did to those people. And I'll apologize for him, because my own son would have never done that... He's such a good person. He would never knowingly do something like that. I'm truly sorry to those people.

My son has kind of taken off and I'm concerned about his own safety. He's acting a little strange.It seems like he's a little delusional. There's this recent change that we're noticing. He was out to dinner with his dad today and he took off. He says he feels immortal and like a superhero. I don't know what's going on with him. The only thing he has on is a switchblade-type pocket knife.

Officers said Harrouff used that switchblade and a broken vodka bottle from the garage to stab the couple to death. They believe he overdosed on the synthetic drug flakka, which is referred to as "five dollar insanity" and causes hallucinations, psychosis and "superhuman" strength.

It took numerous shots from a taser, a police dog and four officers to subdue Harrouff.

Austin told police on the way to the hospital they would not find any drugs in his system. He is being treated for a malfunctioning liver, fluid in his lungs and a bleeding esophagus after drinking chemicals found in the garage.

A month before the attack on August 15, Austin uploaded 41 videos on YouTube. In one, he said,

I've got a psycho side and a normal side. I've lost my mind. Help me find it.

In another, he walks though a house with a semi-automatic pistol.

Police said when he is released from the hospital, he will be arrested and charged with murder.