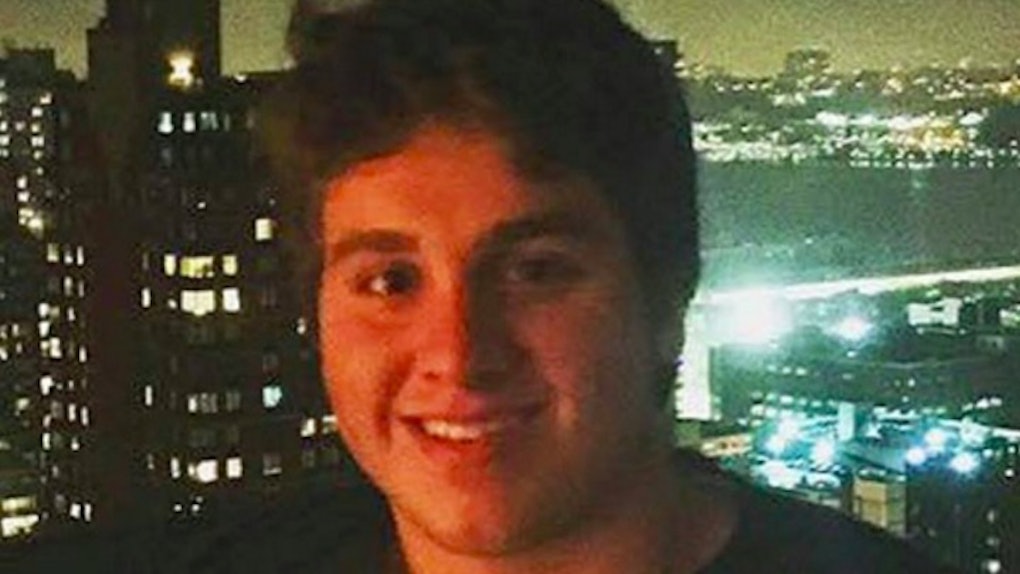 Accused Murderer, Face-Eater Austin Harrouff May Have Been On Flakka, Cops Say

A 19-year-old Florida State University fraternity student is accused of killing a couple and biting the flesh off one of their faces in a possible "flakka" drug-related attack.

It took four police officers, a taser and a dog to pull Austin Kelly Harrouff off the victim's face in a "completely unprovoked and random attack" in Jupiter, Florida on Monday evening, said Martin County Sheriff William Snyder.

John Stevens, 59, and his wife Michelle Mishcon, 53, were killed in their garage at around 10 pm.

The sheriff said during a news conference,

The deputy, when she arrived, observed our offender on top of the male victim laying on the driveway leading to the garage. When she got there she realized the offender was actually biting the victim in the face and causing some substantial trauma to his face from bite marks.

The deputy shot Harrouff with a taser, but that did not work.

She then grabbed hold of him and tried to tear him off the victim, but "he was exhibiting abnormal levels of strength," said the sheriff.

Another officer arrived but "nothing worked" to get him off and they were using "all the force they could muster."

Officers did not shoot because the angle was too dangerous and a bullet may have hit the victim.

Eventually a dog was used to pull the suspect free from the victim, who died while being taken to the hospital.

The sheriff said "it was very obvious there was an enormous amount of violence inside that garage."

It was a neighbor who had raised the alarm.

The suspect and the victims did not know each other, authorities said.

An initial drug test on Harrouff found no traces of heroin, meth or cocaine in his body. But investigators believe he may have used flakka -- a synthetic stimulant -- or bath salts before the attack.

We will be doing sampling of his blood to see if there was flakka or bath salts. He did have some indications that we might be working with that -- he'd taken off some of his clothes but not all of his clothes. We know people on flakka or bath salts will do this type of behavior where they attack their victim and they do the biting and actually remove pieces of flesh in the bites.

He added Harrouff was making animal noises after the incident.

The suspect is currently sedated in the hospital and will be questioned later.