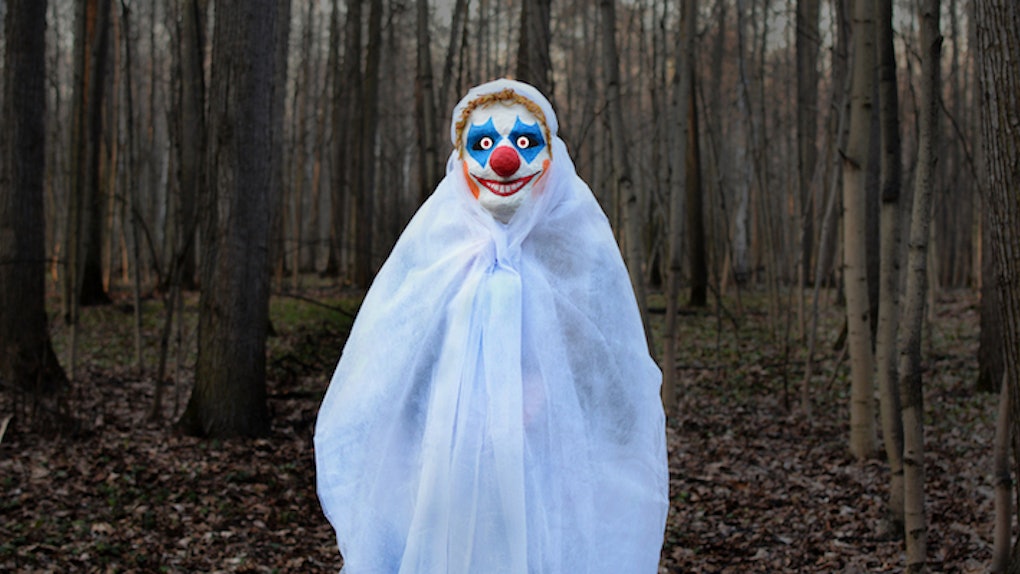 There seems to be no end in sight to the creepy AF appearances of scary clowns in towns all over the country.

A 7-year-old boy was reportedly approached by a person, gender unknown, dressed as a clown on Tuesday evening at around 6:50 pm in Sterling Heights, Michigan.

The boy said the clown had "red hair, a red nose and red facial features."

In a video after the incident, you can see a light cut on the boy's arm from where the clown "slowly touched" him with a knife. He wasn't seriously injured.

But holy shit, is that story scary.

While police were investigating this claim, they received a report about another clown sighting a few blocks away from the boy's home at 8:20 pm.

Two women said they were approached by a group of three clowns in scary masks while on a walk. The clowns were allegedly wielding a baseball bat and yelling.

At one point, the clowns “hit the bat against a nearby fence, then stopped and ran away,” according to authorities.

The police are still investigating this incident, as well as sightings and encounters of clowns literally all over the country.

Here's a map of recent creepy clown sightings, by the way. Thanks for making this situation even more frightening.

If I saw a clown, even a nice looking one (is that a thing?), I would run for my life. Even though in many of these bizarre cases, the clowns are just waving at people and trying to scare them.

If you're not sufficiently spooked yet, just watch this video of two guys being chased by a clown with a knife.

Maybe these clowns didn't get the memo? Halloween isn't for a few more weeks, guys.