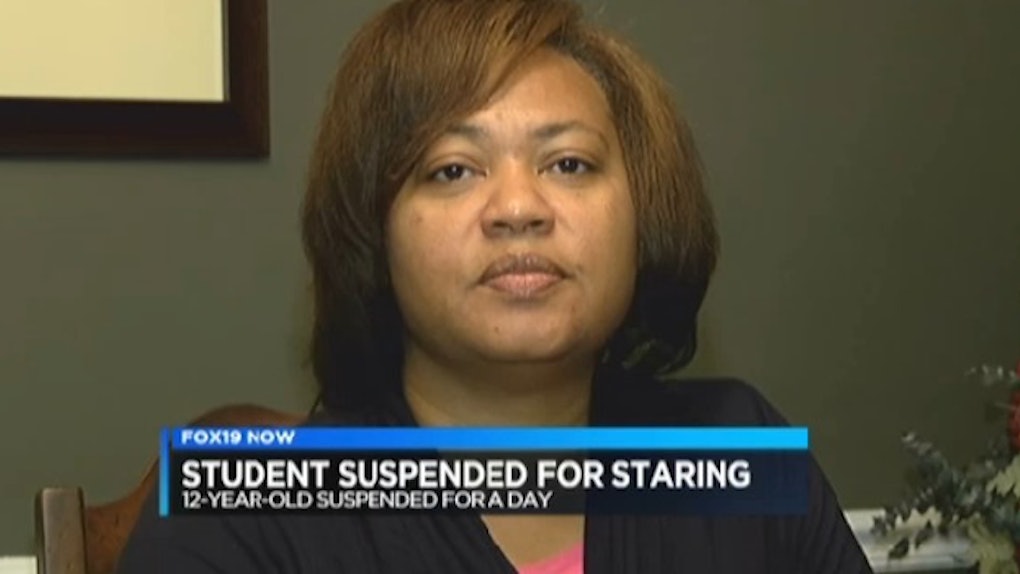 Staring contests apparently have far higher stakes than they did back in the 90s.

A 12-year-old boy has reportedly been suspended for intimidating a fellow classmate, and an Ohio court upheld the school's decision.

The boy claims he and the girl were enjoying a staring contest in high spirits, though court documents claim the girl “felt fearful,” Raw Story reports.

The school suspended the boy after he had written an apology letter claiming he had no malicious intent behind the contest.

I never knew she was scared because she was laughing…I understand I done the wrong thing that will never happen again. I will start to think before I do so I am not in this situation.

The boy's parents filed a lawsuit to have the suspension expunged from his record, to no avail.

In an interview with Fox 19, his mother shared,

The same girl that accused my son of this act of perception of intimidation, aggressively poured milk on someone else's lunch. When she did that there was no penalties for that. She received nothing for that.

The young boy is black and his accuser white, though school administrators have not outwardly addressed race as a contributing factor.

The principal is the final recourse in all disciplinary matters and may waive any and all rules at his/her discretion for just cause.

The concept of consent has been widely discussed over the past year, but it is difficult to tell where children's staring contests fall within the parameters.

The boy's parents reportedly plan to file an appeal.