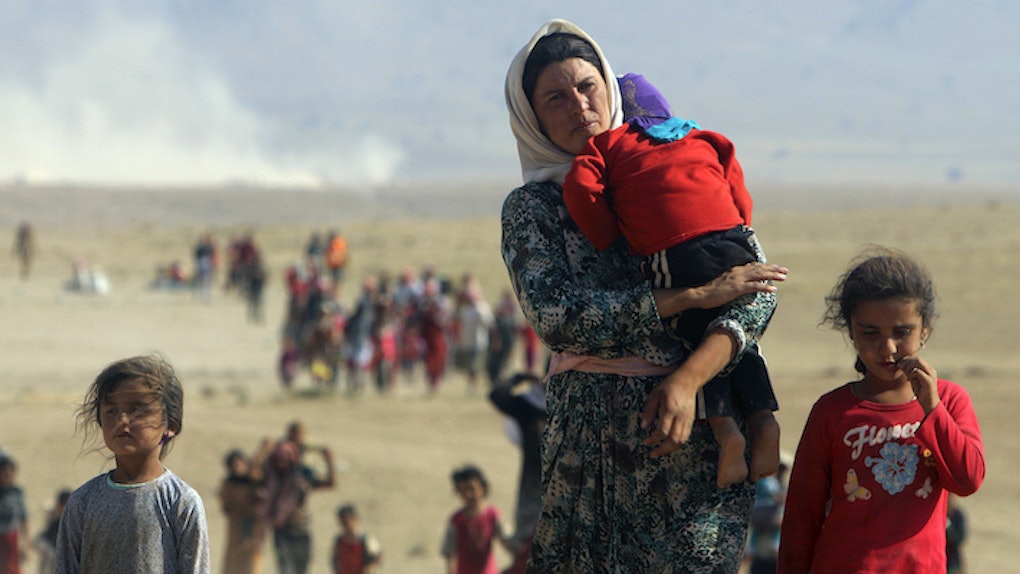 In the wake of Donald Trump's appointment of climate change deniers to his administration, and a chief of staff who has referred to climate change as "a bunch of bunk," senior military figures from around the world have begun to weigh in on the subject.

They are saying global warming is the “world's greatest security threat of the 21st century.”

As climate change ramps up and becomes more volatile, these figures warn that the mass migration of refugees will become the “new normal,” as The Guardian reports.

This is not a concern for tomorrow, the impacts are playing out today.

Brigadier General Stephen Cheney, a member of the US Department of State's foreign affairs policy board and CEO of the American Security Project, explained that unless we do something fast, the impact on America's national security will be "increasingly costly and challenging."

Because of this, huge populations will be forced migrate and collide, which will undoubtably lead to conflict.

And it's not so far off, these officers believe. In fact, it's already here.

As Cheney puts it,

Climate change impacts are also acting as an accelerant of instability in parts of the world on Europe's doorstep, including the Middle East and Africa.

He then got specific,

There are direct links to climate change in the Arab Spring, the war in Syria, and the Boko Haram terrorist insurgency in sub-Saharan Africa.

It is complex and challenging; this is not a concern for tomorrow, the impacts are playing out today.

Climate change will cause a severe impact all over the world.

Major General Munir Muniruzzaman from Bangladesh, and chairman of the Global Military Advisory Council on climate change, said that just one meter of sea level rise could flood up to 20 percent of the country.

“We're going to see refugee problems on an unimaginable scale, potentially above 30 million people,” he said.

And he warned if climate change continues as it is going, South Asia could see the first “water war."

Climate change is a strategic security threat that sits alongside others like terrorism and state-on-state conflict.

But he went on to say that it also exacerbates those threats:

It is complex and challenging; this is not a concern for tomorrow, the impacts are playing out today.

As General Stephen Cheney put it, “Climate change could lead to a humanitarian crisis of epic proportions.”

Despite this, the Trump cabinet maintains that climate change isn't real and all the experts have, essentially, made it all up.

Personally, it seems impossible that these people would actually believe that they know better than scientists; the far more likely answer is that they just don't care.