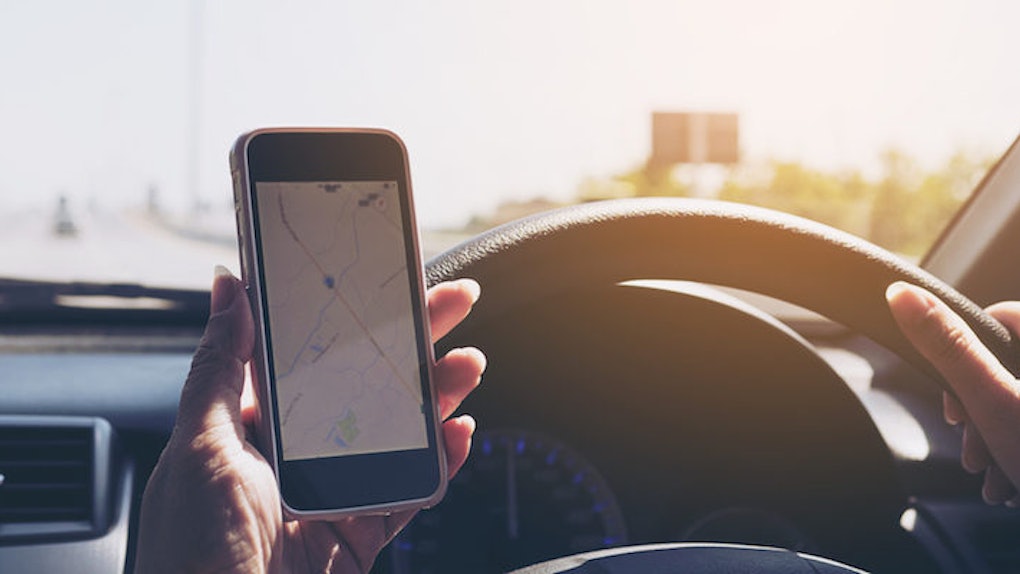 The UK's Department of Transport is considering making it illegal to use a phone in a moving car, which may mean a similar law might not be too far away in our future in the United States.

OK, but considering how texting and holding a phone to your ear is already illegal and yet people do it constantly, how would this be enforced?

Well, authorities are looking into developing software that will block cell signal and data in a moving vehicle. They are meeting with network providers to see how viable technology like this could be.

"We are determined to crack down on mobile phone use at the wheel," explained a Department of Transport spokesperson. The UK is already extremely hard on distracted driving penalties.

As Metro reports, new drivers can receive an automatic ban if caught, and a distracted driver who kills someone because they were using their cell phone can be jailed for life.

They are doing whatever it takes to make drivers take the perils of cell phone use behind the wheel seriously. And we should, too.

According to AAA, around 15 percent of all fatal car crashes in America are caused by what authorities categorize as "distracted driving." These incidents result in around 5,000 deaths every single year.

"Distracted driving" accidents are primarily caused by cell phones. Cell phone use in cars is so ubiquitous that many of us find it nearly impossible to stop, despite knowing how dangerous it is.

Here is a video of various teen drivers in 2015 getting into accidents because of their phones. Don't worry, no one in this clip was seriously injured, but that's just because they're extremely lucky.

Most of us try not to openly text while driving, although I'm sure most people reading this have done so, and done so recently. Because we are idiots.

It's not hard to understand how much peril you put yourself and others in when, instead of looking at the road as you fly down it at 60 miles per hour, you are staring at a meme of a hungover kermit the frog debating whether or not to get drunk at brunch.