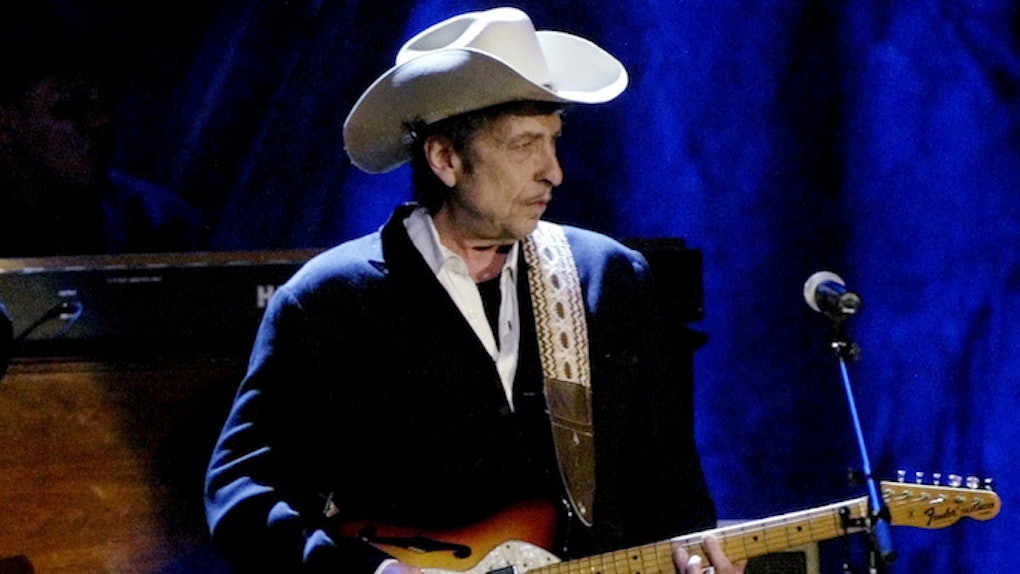 Bob Dylan was awarded the Nobel Prize in Literature on Thursday for the immeasurable influence his powerful lyrics have had on music and culture.

When I was a senior in high school, about 10 years ago, my AP Lit. teacher asked us to pick out a song and analyze the lyrics for the class.

I chose "The Times They Are A-Changin" by Bob Dylan.

As an 18-year-old on the cusp of finally enjoying the independence of college, there was something inherently appealing about the youthful and rebellious undertones of the lyrics.

Ten years later, the lyrics once again feel relevant as we draw closer to the end of a tumultuous and divisive election cycle,

Come senators, congressmen please heed the call Don't stand in the doorway don't block up the hall For he that gets hurt will be he who has stalled There's a battle outside and it's ragin'

The tune he is arguably most famous for, "Blowin' In The Wind," was a protest song with lyrics that are still far too applicable to many of the issues we continue to face -- over half a century after he wrote it.

There's a timelessness to his music that makes you feel as though you're traveling through multiple different eras as you listen, but he also never makes you feel disconnected from the present. His songs are simultaneously eerie and comforting, and they stick with you.

Dylan's influence on music is undeniable.

He's the man who introduced "The Beatles" to marijuana, setting them on the path toward writing psychedelic tunes, rather than the poppy love tunes that initially made them famous.

There's also a good chance some of your favorite songs are covers of tunes Dylan wrote.

While Jimi Hendrix certainly brought his own flair and magic to "All Along The Watchtower," Dylan wrote it.

The same goes for "Guns N' Roses" and "Knockin' on Heavens Door."

His lyrics have even popped up in the 2016 presidential election.

When vice presidential candidate Tim Kaine recently hopped on stage to play harmonica and join a live band for a rendition of "Wagon Wheel," he was performing a song co-written by Dylan.

Many people likely attribute the song to "Old Crow Medicine Show," not knowing of Dylan's contribution.

Long story short, it's hard to pick an American musician who's had more influence than Dylan. While he was never one for awards or accolades, he definitely deserved the Nobel Prize.

Here are some of Dylan's most inspiring and powerful lyrics.

"Blowin' In The Wind"

"The Times They Are A-Changin"

Come mothers and fathers throughout the land And don't criticize what you can't understand Your sons and your daughters are beyond your command Your old road is rapidly agin' Please get out of the new one if you can't lend your hand For the times they are a' changin'!

When you ain't got nothing, you got nothing to lose You're invisible now, you've got no secrets to conceal How does it feel, ah how does it feel? To be on your own, with no direction home Like a complete unknown, like a rolling stone

"Shelter From The Storm"

'Twas in another lifetime, one of toil and blood When blackness was a virtue and the road was full of mud I came in from the wilderness, a creature void of form 'Come in,' she said, 'I'll give you shelter from the storm'

Yes, to dance beneath the diamond sky With one hand waving free Silhouetted by the sea Circled by the circus sands With all memory and fate Driven deep beneath the waves Let me forget about today until tomorrow