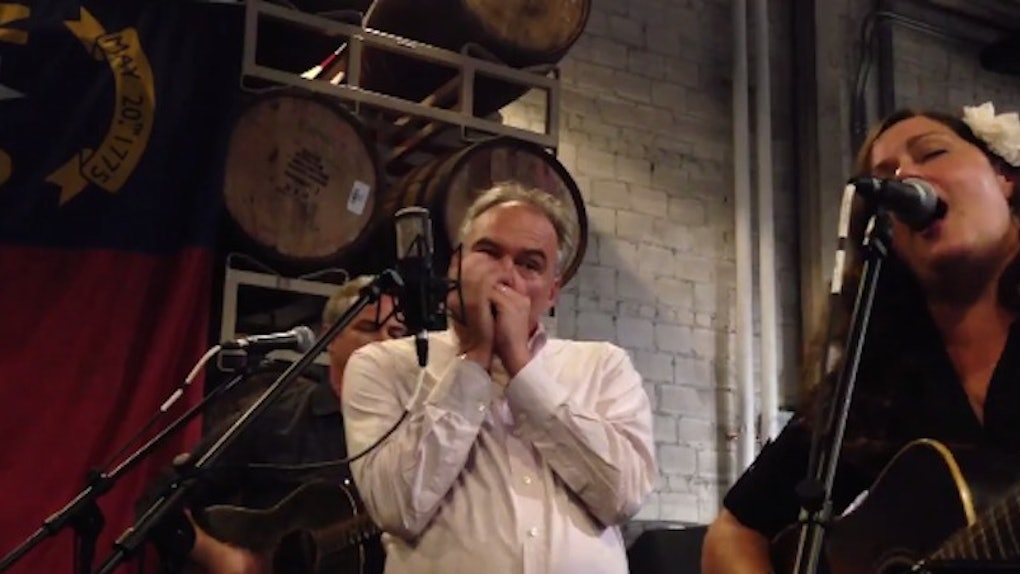 We need to talk about Tim Kaine's harmonica skills.

In one of the most dad moves of this election cycle, Hillary Clinton's running mate whipped out the harmonica at a campaign stop at Catawba Brewing Company in North Carolina.

He was invited to join the band that was playing, hopped onstage, channeled Bob Dylan and offered a killer rendition of the classic tune "Wagon Wheel," as well as "My Home's Across the Blue Ridge Mountains."

America, we do not deserve Tim Kaine. Just take a moment to listen to him play the harmonica. It's magical.

If this isn't American, I don't know what is.

After playing, he said,

That felt great. Nothing makes me more nervous than doing that. But it's good to get our of your comfort zone. Asheville is a pretty good place, huh?

Kaine, who told CNN he has six harmonicas in his briefcase at all times, also reportedly has excellent taste in beer.

Sounds like he needed some liquid courage in order to showcase how much of a savage he is on the harmonica.

When Hillary Clinton selected Kaine as her running mate, many thought she couldn't have picked anyone more boring -- but they probably hadn't heard him play harmonic yet.