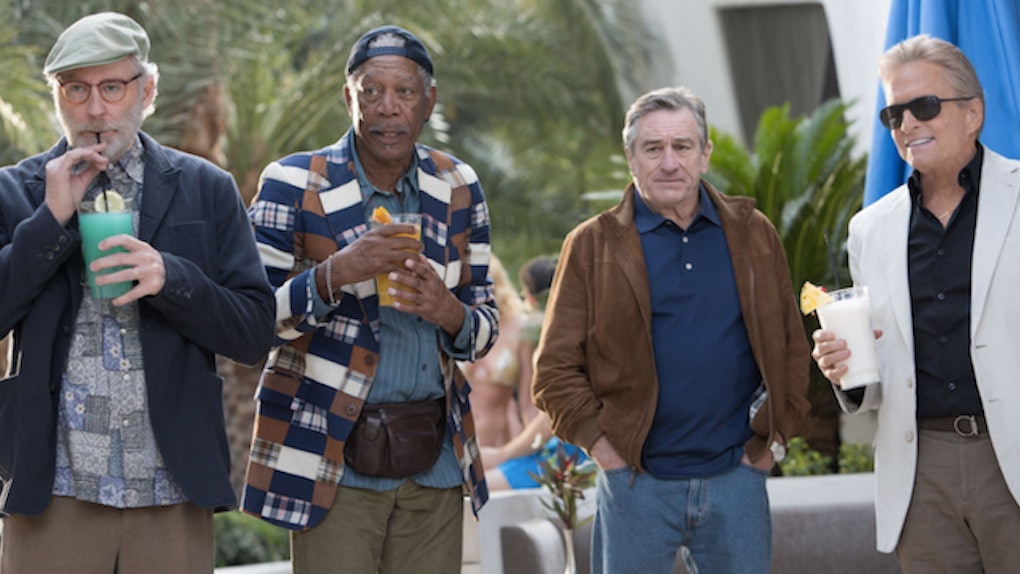 Terrible Things That Happen To Your Penis As You Age

I hate to break this brand-new piece of information to you, but you're going to get an awful lot of shit thrown at you.

And if you're a guy, some dreadful, dreadful things are going to happen to your favorite body part as you get older.

I'm talking, of course, about your penis.

Your man hammer may be healthy and happy in your 20s and 30s, but spare a thought for your dad or grandpa because that's not always going to be the case.

Don't be worried — just treat this as a heads up. After all, we're all in this together, gentlemen.

1. Getting hard is harder.

There's loads of reasons why people tend to have less sex as they got older, and mechanical problems for guys is a big reason why.

Getting the penis to be hard requires excellent flow of blood to the penis. When blood vessels get blocked by cholesterol, or become narrow because of high blood pressure or diabetes, getting an erection can be challenging.

I warned you this would be a tough read.

As men age, the stretchability of the penis and its length can decrease because of the change of collagen fibers to the less stretchable type. This is especially common in men with diabetes and vascular disease. It also can be caused by obesity. If a man gains weight, the increased amount of fat around the penis can make the penis look smaller than it used to be.

On the plus side, a bent penis, also known as peyronie's disease, will only affect 10 percent to 15 percent of men.

The problem is it can strike as early as your 40s, which seems pretty young.

Peyronie's disease is most common in men in their 40s and 50s. Other symptoms  may include pain with erections, narrowing of the penis and difficulty with intercourse. Typically, a small nodule called peyronie's plaque can be felt in the penis. Peyronie's is caused by poorly healed microscopic trauma, often unrecognized that occurs during sex.

4. If you have foreskin, it's going to give you issues.

As my Elite Daily colleague, fellow Brit and rampant exhibitionist, Oliver McAteer, noted, a lot of American guys are circumcised.

Well, not all of us have that luxury — and we're at risk of something called phimosis, Dr. Shteynshlyuger noted.

Uncircumcised men can develop scarring of the foreskin, which can lead to phimosis, which is a narrowing of the foreskin that results in difficulty or inability to pull back foreskin especially when the penis is erect. Phimosis may be a sign of diabetes which is most commonly diagnosed in men in their 50s. It can also result from poor hygiene. In children, the cause and treatment of phimosis is different than in adults. Usually adult circumcision is curative.

This last one isn't a sex problem, which makes a nice change, but it still sounds pretty uncomfortable.

While not exactly a penis problem, waking up at night and frequent urination are common signs of enlarged prostate which can also lead to urine dribbling from the penis after urination. This is common in men around age 50 but can occur in men as early as in their 40s and 50s.