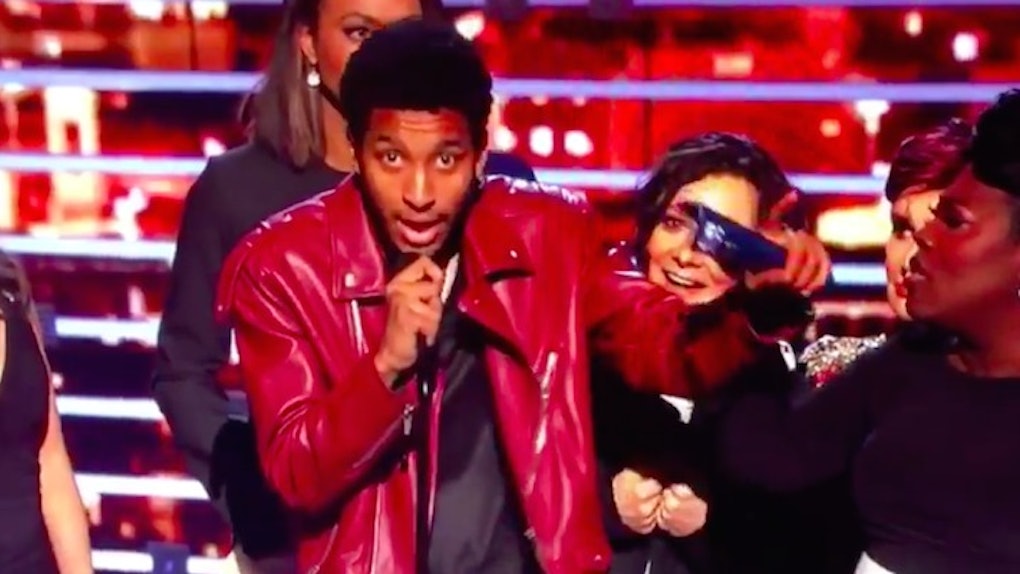 Wednesday's People's Choice Awards were panning out to be pretty uneventful, until one guy tried to pull a Kanye on the hosts of "The Talk."

While the ladies delivered their acceptance speech for Favorite Daytime TV Hosting Team, Zac Zeta ran up on stage to steal the mic and shout out Kanye West and Kevin Gates.

Before he was physically assaulted by Sharon Osbourne in an attempt to get him off stage, Zeta got in a few words about Kanye's recent single, "Facts."

Listen to the full song in all its auto-tune glory below.

Here's a look back at Zeta's fleeting fame from Wednesday's awards show: