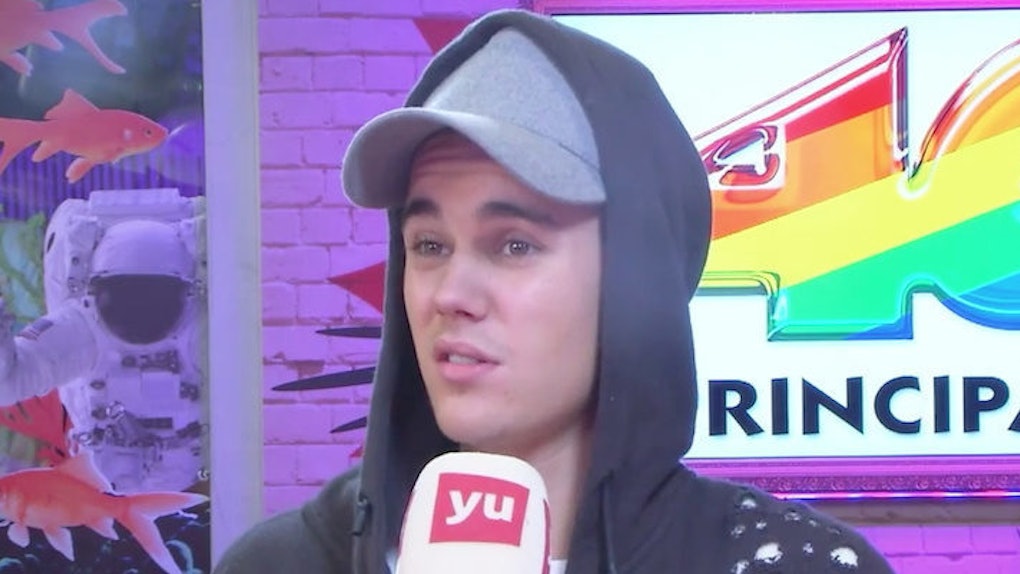 It's safe to say, Justin Bieber had an absolutely monster 2015.

In November, the Biebs dropped his long-anticipated album, Purpose, to rave reviews. In the weeks after releasing the album, 17 of the songs off Purpose charted on the Billboard Hot 100, representing "the most titles that any artist has placed on the chart in a single week," Billboard reported.

So clearly someone was listening to all these songs, and it wasn't just teenage girls.

According to research by ticketing company Ticketbis, the Biebs has grown his overall fan base by 10 percent in the UK over the last two years. It's no surprise that his fastest growing fan base is women in the 18-30 demographic, but what is surprising is how many people refuse to admit just how much they love jamming out to "Love Yourself."

According to the Ticketbis research, a whopping 21 percent of Bieber's fans refuse to publicly admit they actually love his music and must live their lives as complete liars, pretending they are too classy to listen to the prince of pop.

And while we will unabashedly admit that we love rocking out to Bieber's new music, we can't say we are surprised others won't. But, we can probably help identify at least some of these closet fans.

In Early December, Spotify released an ad campaign revealing the geographical locations where his music was most popular and low and behold his songs were played most often in the home of the hipster- Williamsburg, Brooklyn.

Come into the light, Bieber fans, and let your love be known, it's not too late to say sorry.

Citations: OVER 20% OF JUSTIN BIEBER FANS WOULDN'T PUBLICLY ADMIT TO LIKING HIM (Gigwise)