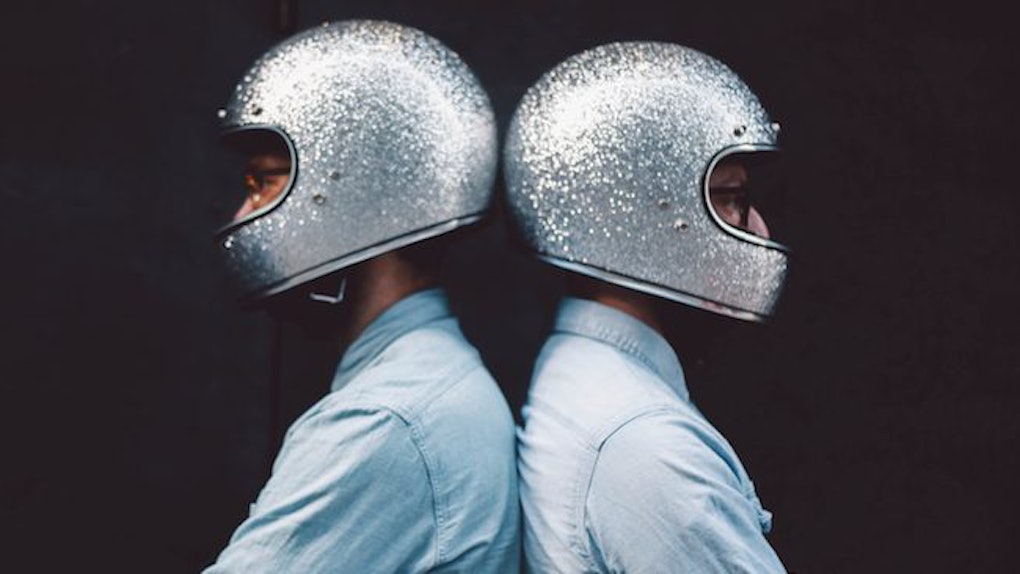 Zodiac Signs Should All Date This Sign Before Settling Down

Before you settle down with a nice Libra, stable Taurus, or devoted Virgo, there's a zodiac sign everyone should date at least once. This sign is exciting, funny, and unpredictable, but underneath it all they have a sweet, innocent heart. Before you get cuffed for a long time, you should really consider dating a Gemini. I'm sure many of you just gagged, but hear me out.

Astrologers often liken the archetype of Gemini to tricksters like Peter Pan, Willy Wonka (famously portrayed by two Geminis), and Robin Hood – sly strangers who are lovable and dangerous at the same time.

This is the inherent duality of Gemini, stemming from its constellation Castor and Pollux; it's also represented in Gemini's glyph, and by its famous association with twins. The scientific terms “gemination” and “geminal” refer to duplicates or twins, both coming from the same Latin root. It's because of this duplicity that people see Gemini as two-faced. And of course, some are, but I argue that other certain signs (cough, Libra) can be worse.

Gemini's “fakeness” comes from trying to gather as many sides and information as possible. Being ruled by the planet Mercury, they desperately want stimulation (Mercury is the fastest planet) and information. Many times, Geminis aren't fake at all. They'll tell you exactly what is happening in their own way. For some reason, people don't believe them or choose not to listen, then get surprised when what Gemini said would happen, happens (see: Donald Trump's campaign).

The sign of Gemini can seem weightless, flying around like little fairies, due to their quality of mutable air: mutable being changeable and passive, the element of air is mental and detached. These magical creatures fly into your life and offer you a grand adventure with a wink and a smile.

I should add that I am biased. I'm an Aries dating a Gemini, going on five years, so I have settled down with a Gemini somewhat. Even after all this time, I am still fascinated.

He is caring, creative, infuriating, optimistic, and I'm never bored. Our relationship opened my eyes to the hidden, enchanting world of Geminis, and I'll never look at them the same way.

If I haven't convinced you, then just remember that everyone has more than just one sign in their chart. Each planet in the solar system resided in one of the 12 signs of the zodiac at your time of birth. Gemini energy can be outweighed depending on other influences, so (thankfully) there are no “pure” Geminis out there. This also means that your stable Taurus could have a ton of Gemini energy you don't even know about. A Gemini you meet can be more fire dominant (like Donald Trump) or more earth dominant (like Lana Del Rey); it all depends on the full natal chart.

If all that still isn't enough, then keep in mind their ruling body part is the hands (if you know what I mean), and they're always great for a laugh. Gemini energy gives a mystical twist to any person, and I highly recommend giving them a chance if you enjoy adventures, laughs, and an ever-changing relationship that allows you both to be free.