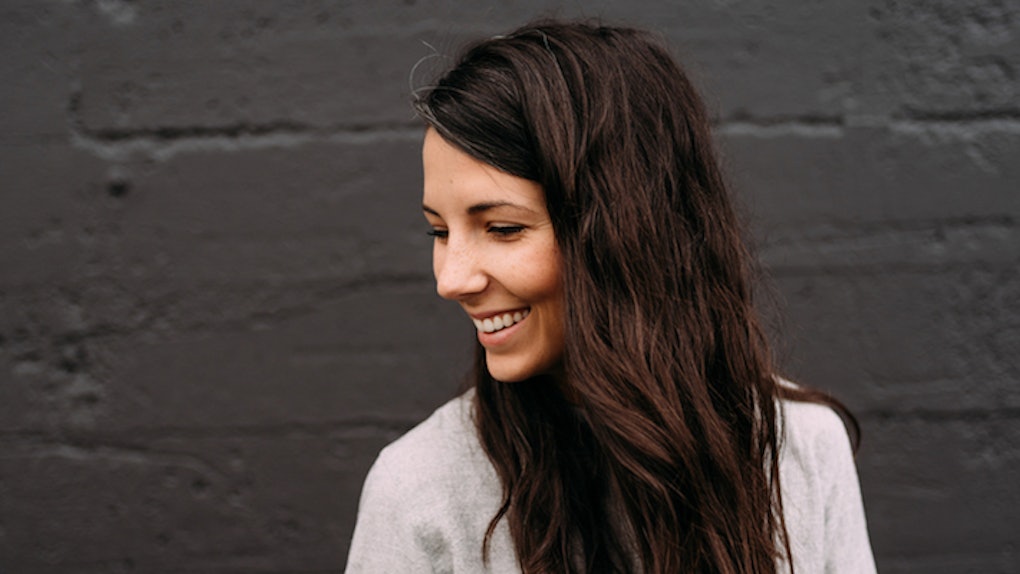 Picture this: I'm trying to figure out why my plug isn't working -- unplugging and replugging it, and blowing into it to clear the dust -- and I'm on the verge of tears.

It should be so bloody simple. Plug it in, flip the switch on the outlet (an additional step that's new to my American eyes) and success! The kettle should work.

There's no one for me to call to ask for help; I moved to England alone. No family ties and no definite relationships, just me. If I FaceTime my mother she'll be snuggly sleeping, along with the rest of my family, five hours behind me in Florida.

I've been at this plug an hour now, and I'm about to give up hope.

The thoughts of self-hatred won't stop running through my head, "I shouldn't have moved. I'm an idiot. This was a bad idea. If I can't work a plug, how am I supposed to do anything adult?"

My hands rake through my hair when I catch the view of another switch along the bottom wall. It says: FUSE. I flick it on, and glance at the kettle.

It begins to rumble. A minor victory, yet I'm ridiculously proud.

It's been almost two months since I packed up my life and left the US for a much older, more refined country: the United Kingdom. My degree was still burning in my hands as I made my way over.

I figured I'd be working in a social media hub for a publishing house, I ended up bartending in a venue.

Finding a job in my own country is tricky enough, but try moving overseas with a degree that's not even offered (culture and media communication).

Job interview after job interview, I realized I was having a hard time describing the last four years of studies myself. I used crafty ways to explain that the way companies communicate with their customers builds a culture, but all I'd get in return were puzzled expressions and regretful emails. So bartending it was.

Where am I going with this story?

There's going to be a moment in your life -- maybe next week, maybe in five years -- where you'll be truly on your own for the first time. I'll call this your entrance into adulthood.

We're a generation known for our general disdain for the idea of "adulting," and I don't blame us. There's confusion as to when you really become an adult, what even is an adult and there's our general nostalgia for childhood.

It's clear some of us are being dragged into this new world. I was in the same boat, preparing to sink because I still couldn't figure out how to file my taxes. Except, I wasn't really keen on sinking.

Here's the thing: I knew I was going to have to succumb to the powers that be and grow up. But, I wanted to do it my way, and put a spin on it that would make the experience more than tolerable. It would become an adventure.

I would truly do it on my own, do it in a new place and take control of my life my way. I'd studied in the UK the year before and knew I could get on there. I knew enough to get me there and settled, but the technical ins-and-outs I'd have to learn on my own.

Obviously, this doesn't happen overnight. Moving abroad took over a year to happen. It wasn't just saving money -- it was visa appointments, endless phone calls and mountains of paperwork. But, in the midst of that, I had something to look forward to.

This wasn't just my descent into adulthood, this was my adventure. I was figuring out life in a country far enough away that if I make mistakes, nobody's close enough to massively shame me for it. I can grow on my own.

Maybe for you, this means volunteering abroad after graduation. Maybe it means moving to the next city over, or maybe it means taking up a new hobby. Giving yourself something that excites you is key to balancing out all the bills, paperwork and interviews.

So yes, I almost cried over a not-so-broken plug, and my degree isn't getting much use. But, I'm paying my bills, I'm buying groceries and I'm taking care of myself. I'm doing it amongst a bunch of lovely accents, and spending too much money at the pub, but I'm figuring it out.

This is my version of adulting. And spoiler alert, it's not as awful as I heard.