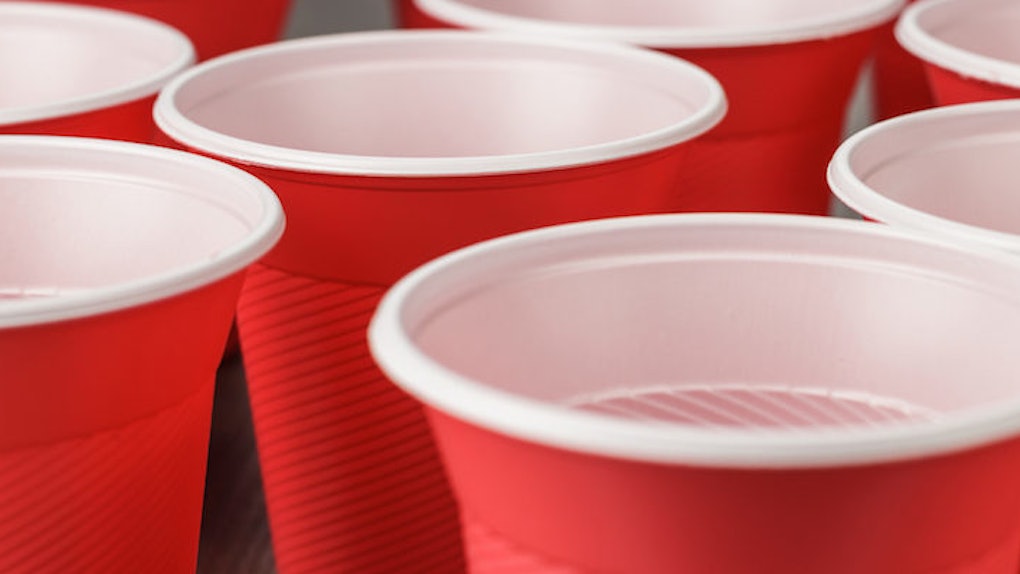 College Drinking Is Not The Cause Of Rape: What Stanford Doesn't Understand

If you went to college, chances are, you've consumed all kinds of alcohol. There was your friendly neighborhood shitty vodka (my school's was Rubinoff, raspberry flavored), the watered-down piss beer known as Natty Light (or similar variety) and the bag of boxed wine from CVS that you happily slapped.

But yesterday, Stanford University announced in "The Stanford Daily," the school's newspaper, that it will start limiting its students' rights to consume this beautiful range of horrific boozy beverages — the very staples of every college student's experience.

The new rule states that hard alcohol in containers bigger than 750 mL (aka a fifth) will no longer be allowed at undergrad parties on campus. But beer and wine are still fine. All of this is to decrease the "high risk of the rapid consumption of hard alcohol," says Ralph Castro, director of the Office of Alcohol Policy and Education at Stanford, in a press release.

Now, I don't want to make any assumptions, but it's hard not to wonder if this change has anything to do with Brock Turner, the Stanford University swimmer who sexually assaulted an unconscious woman outside of a Stanford frat party when he was drunk. A spokesperson told the San Francisco chronicle that it isn't related to the Turner case, but, lol. We all know it is.

First of all, the execution of this policy — and any like it that attempts to ban alcohol on a college campus — will fall embarrassingly flat.

I can also guarantee that students will quickly and sneakily rip shots in the privacy of their own dorm rooms at a pre-game so they don't get caught doing so at a party. In this way, they'll probably get more drunk than they would have if they were just allowed to drink in the goddamn frat house like a regular college kid.

Also, students will probably become buddy-buddy with their RAs, who likely already think this policy is stupid and won't enforce it with the brutality that the administration wants. (It's worth noting that in the Stanford Daily's article, not all RAs agreed with the policy, which was confirmed in the comments on the post as well. I can only imagine the trickle effect this will have on every other RA who thinks this is a good idea.)

But for a moment, let's ignore all of this, and the fact that nobody at Stanford will even abide by this new policy anyway (they won't; I promise).

Instead, let's focus on the more important truth: At the core of this policy is just another way to blame victims of sexual assault. And that is the biggest problem of all.

At the core of this policy is just another way to blame victims of sexual assault.

It's true that a college-aged woman is the most at risk to be a victim of rape, but taking away her right to drink hard alcohol is no way to prevent her from being sexually assaulted. This just further places the burden on her to prevent something bad from happening to her. This culture has mindfucked us all into believing that it's on women to stop rape, and this way of thinking needs to end.

If a woman does get sexually assaulted while under the influence, her drinking should never, ever be a factor in deciding her victimhood. It is never the victim's fault if they were sexually assaulted, regardless of who was drinking what.

By this same token, the rapist's drinking should never, ever excuse his behavior. Lots of people drink alcohol and don't rape, you guys. It's possible. It really, really is.

Lots of people drink alcohol and don't rape. It's possible. It really, really is.

At the end of the day, sexual assault involves one person deciding to take advantage of another person in the most vulnerable, life-altering way. And that's true whether there's alcohol present or not.

So, slap that bag, girl. Play that game of Flip Cup with your crush. You and your drinking are NOT the problem.