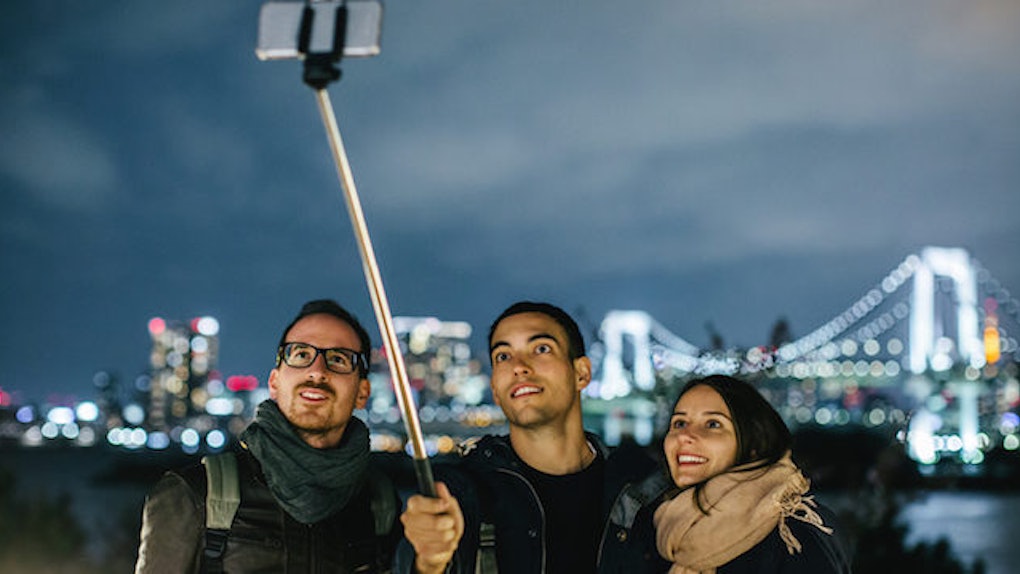 Which Type Of Selfie Taker Are You?

If you say you've never taken a selfie before, I'd say you're probably lying. We live in the age of the selfie, thanks to smartphones, Instagram, Snapchat and hell, even Tinder.

Some might say taking selfies makes us all narcissists, while others obviously think it's a sign of loving oneself. To figure out exactly WHY we take selfies, the student researchers at Brigham Young University performed a study that deals with the motivation people have behind their most prized pictures.

The result? Turns out, there are only three types of selfie takers in the world.

The research was then published in Visual Communication Quarterly, and FINALLY gave us the relief we've been waiting for: We're all NOT narcissists.

But some of us DO use selfies for that purpose. So, which kind of selfie-taker are you?

Communicators are those types of selfie-takers who really want to engage their followers. They want to start conversations, and use their pictures as a way to incite debates or discussions about personal issues.

Chelsea Handler posted an adorable selfie of her and her dog, encouraging her followers to march with her at the Women's March on Washington against Trump.

It's a perfect example of a communicator post, since she wants to use her platform to promote change (and great habits).

For communicators, their followers' voices matter.

If you're an autobiographer, you take selfies just because you want to, and you DGAF what kind of message you're portraying when you do.

Much like Selena Gomez, your pics are for you and you alone. Of course, you DO want people to see them – which is why you share them in the first place – but you don't necessarily want to create any conversations around them.

The pics aren't perfectly polished, either: They're the real you.

Self-publicists are the smallest group of selfie-takers. According to researchers, they are the ones who "love documenting their entire lives," and their selfies will always show them in the most positive light possible.

For them, selfie-taking is a way to build a brand or simply improve public perception of themselves: Think the Kardashians. They're also the ones people think of when they're discussing those self-obsessed, narcissistic selfie-takers.

I guess I should go analyze my Instagram now.