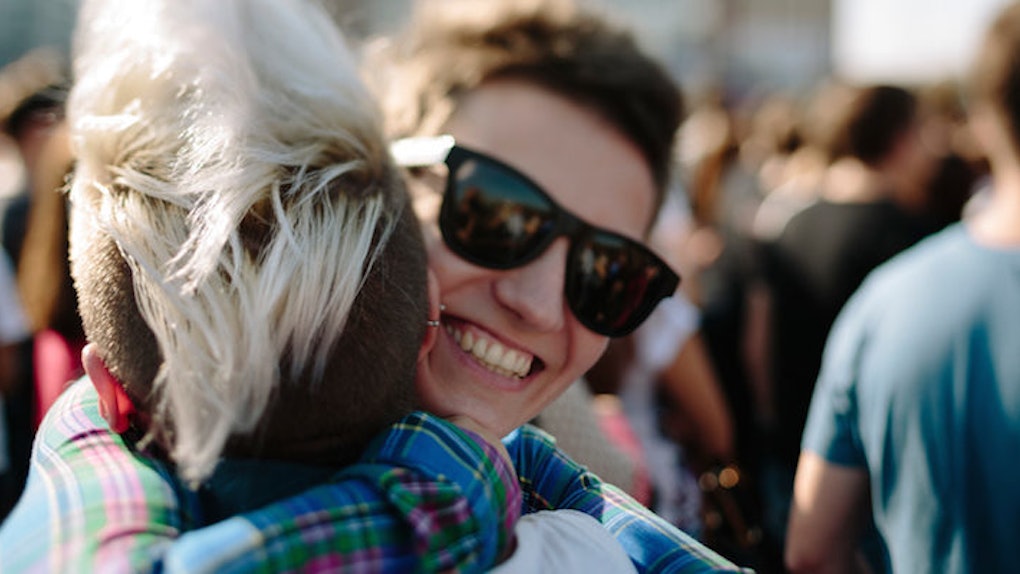 Between you and your friends, every one of you has a different approach to music festivals.

With the onslaught of summer shows coming to an end, we couldn't help but notice a few distinct archetypes of people you'll find at music festivals and why you should or shouldn't hang with them at the next festival you attend.

Any of these remind you of anyone?

The Type A Scheduler

“Five minutes at Whitney, and then we'll catch the last 15 minutes of War on Drugs, and then I'll factor in six minutes for a bathroom break so we can get a good spot for Alabama Shakes.”

STOP. YOU ARE RUINING MY LIFE.

We've all got a friend like this who likes to plan, but can we all admit that taking this approach to music festivals is just insane

Festivals — and life, quite frankly — is all about making trade-offs because, at the end of the day, you can't catch 'em all.

These Type-A schedulers can frequently be seen cutting their way up to the front, only to immediately leave 15 minutes later with a totem pole they brought to rally the group. Think Ms. Ungermeyer in "The Lizzie McGuire Movie".

Most likely seen at a massive festival like Outside Lands, Coachella and Lollapalooza.

These are the folks who are first in line, last to leave, often wandering the festival solo making friends and seeing who they want to see.

Often spotted with a CamelBak, a good pair of running shoes and ear plugs, these music festival veterans understand the incredible opportunity they've been given to catch artists they admire and discover bands they've never heard of.

At the end of the day, what makes a music festival so unique is the access to different talent and the ability to hop from stage to stage while avoiding standing in crowds that are waiting for an artist to come on.

Most likely seen at festivals with a killer lineups like Treasure Island, FYF and Austin City Limits.

Getting from Stage A to Stage B usually takes 10 minutes, but with our Socialite friend here, it takes 45.

Why? Because every five minutes, they stop and chat with someone they've ran into, a friend they've made at another stage or just some stranger they felt compelled to say hello to.

There's nothing wrong with being friendly, just be considerate of your group that's trying to make it to a certain stage in a certain amount of time.

Most likely seen at regional festivals like Splash House and FYF.

Those that are, never want to it admit it, but can most frequently be found half-naked, rolling around in the grass and chasing squirrels.

There's nothing wrong with drug use at music festivals, but drug abuse? To the point where the festival ends and you've only caught two acts because you've been a zombie for the past six hours?

Take care of your body. You most likely have three more days of festival ahead of you. Or maybe, consider getting a group of friends and heading to a national park…

Most likely seen at EDM festivals like Hard Summer and EDC.

We all know the type: They prance around the festival ground snapping polaroids, begging strangers to shoot multiple takes of “look my are hands in the air, check out how much fun I'm having!!” poses that will go through rounds of editing, only to be premiered on their Tumblr blog.

There's nothing wrong with Tumblr blogs, but everything is wrong with not enjoying a $400 music festival because you're obsessing over your image while there.

Most likely seen at festivals like Coachella, Coachella and Coachella.