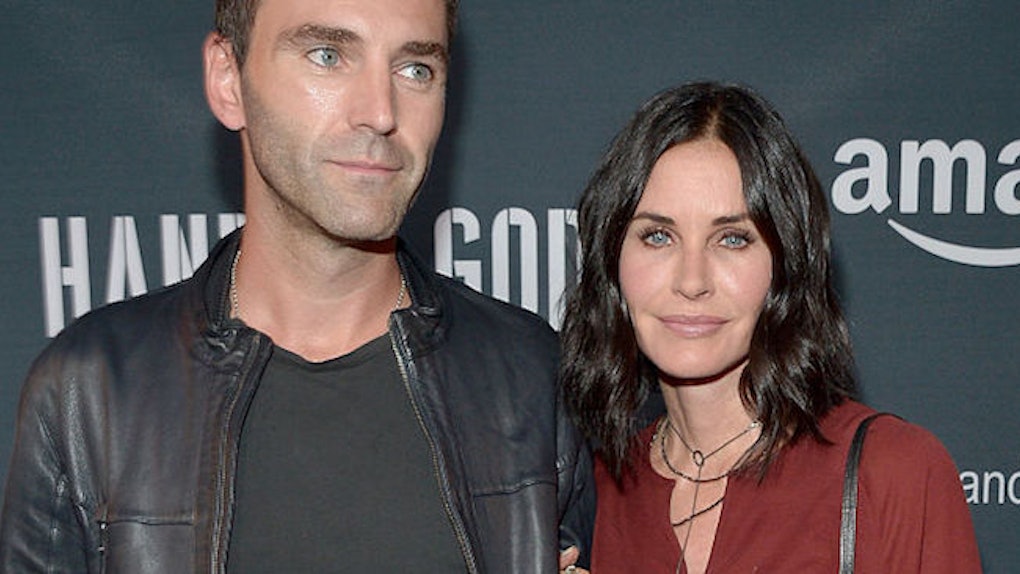 What Are Face Fillers? Why Courtney Cox Regrets Them

Courteney Cox recently revealed in a recent interview with New Beauty that she regrets trying to avoid the natural process of aging by letting Hollywood's impossible beauty standards get to her.

Courteney opened up about the pressure women face of always having their looks put first,

Hollywood — this business—makes it harder. I grew up thinking that appearance was the most important thing. That's kind of sad because it got me in trouble. I was trying so hard to keep up, and I actually made things worse.

Cox was referring to her decision to use fillers to keep everything looking as tight and lifted as possible, but that can quickly get out of hand.

What would end up happening is that you go to a doctor who would say, “You look great, but what would help is a little injection here or filler there.” So you walk out and you don't look so bad and you think, no one noticed—it's good. Then somebody tells you about another doctor: “This person's amazing. They do this person who looks so natural.” You meet them and they say, “You should just do this.”

As someone who recently had their first Botox treatment myself, I can attest to the fact that getting these things done is addictive.

I went back within four weeks for a follow-up thinking about doing more, but I had a dermatologist who was kind enough to point out that when one "problem area" is taken care of, your eye (and your ego) naturally goes to the next area to focus on that.

Had my own dermatologist not stepped in to say "you don't need this," I could have just as easily ended up doing what Cox did.

The next thing you know, you're layered and layered and layered. You have no idea because it's gradual until you go, “Oh sh*t, this doesn't look right.” And it's worse in pictures than in real life. I have one friend who was like, “Whoa, no more!” I thought, I haven't done anything in six months. I didn't realize.

This is what prompted Cox to decide to dissolve her fillers, which she's been talking about openly.

Dissolving fillers is a process that occurs naturally, over time with most fillers, but it can be done with the help of a dermatologist if the fillers were permanent.

I mentioned previously that I'd done Botox injections, which is actually a different process. Botox is meant to prevent resting lines and wrinkles by restricting the muscles in the area of injection. Too much of it can make a person look frozen, and can prevent natural facial expressions.

Fillers are meant to plump up any areas on the face that lose volume with age, like the lips, the cheeks, the lines that form from the corners of the nose to the corners of the mouth, and under the eyes. Too much of them, and you can end up looking swollen.

I will say that no matter what, Courteney Cox is a natural beauty, and I'm happy to hear she's embraced herself and who she is -- without paying attention to what Hollywood wants from her. This is great not only for her, but for the women in and outside of Hollywood who want to reject the unrealistic beauty standards they feel they're held to.

She looks incredible, and it's inspiring to see women in Hollywood embracing their age and owning it. Men get to age like human beings, so why the f*ck can't we?