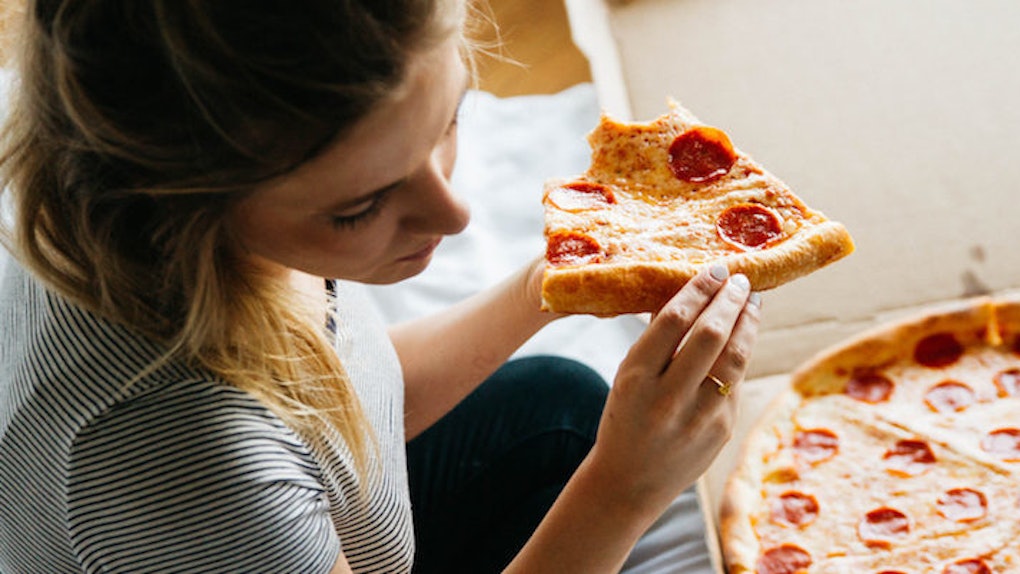 This Kind Of Diet Is The Most Likely To Give You Cancer, Says New Study

Uh oh. It might be time to put down the animal fries and bacon-wrapped hotdogs.

According to a new study published Wednesday in Nature, there is now concrete evidence that high-fat diets are correlated with increased rates of cancer -- specifically, colon cancer.

In other words, anyone currently on an Atkins or Paleo diet may need to rethink their plan.

Basically, US researchers kept mice on a long-term diet plan that consisted of 60 percent fat.

Now, most Western diets are comprised of anywhere between 20 and 40 percent fat, but for many, that percentage is much higher.

By the end of the study, the mice on the high-fat diet not only gained more weight than their regular-fat counterparts, their intestines showed some troubling differences as well.

As a result of eating too much fat, the mice had increased numbers of intestinal stem cells, which are more likely to mutate into cancer cells.

Scientists toyed with these cells by deleting a gene that commonly mutates into colon cancer. When they did that, however, the cells gained the ability to form tumors.

What it boils down to is this: High-fat diets increase the production of stem cells that can mutate into cancer, along with a larger pool of cells that can morph into tumor formation.

Sounds like a good time for Frito-Lay to bring back their WOW (anal-leakage) chips.

Citations: Scientists Discover How High-Fat Diets Can Cause Cancer (IFLScience)