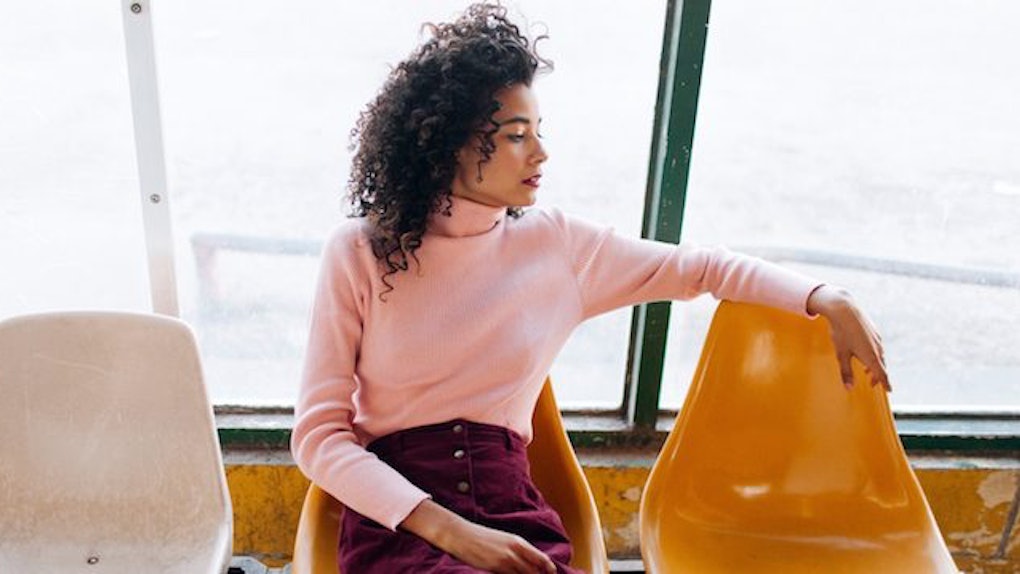 It's Hard Being Both Traditional And A Feminist

I grew up in a home where gender roles were very much respected. My dad did all the breadwinning, and my mother did all the child-rearing and home-making.

What I saw growing up taught me women belonged at home with the children, and their main duty was to support and help their husbands.

That's what my mom did.

She made sure my dad's only worry was work, and she took care of everything else. In reciprocation for her tending to the home and child, he did all the providing.

She never had to worry about paying bills or signing checks. But when he took off, my mother was left with very few options. Suddenly, she had to work and care for me.

It was a very hard balancing act for her, but with time she learned... and I learned too. I learned women could be – and ARE – powerful in the work force.

Due to my complex upbringing, I got a taste of both worlds. Traditionalism and feminism collided in my life, and at times, they still do.

These are some of the mixed feelings I – and perhaps the other women who grew up like I did – feel on occasion:

1. To Be Or Not Be A Damsel In Distress

Most men are willing to kill spiders because they want to protect and defend you. But my inner feminist says, "You have to kill your own damn spider!"

But the honest to God truth is, I don't want to kill my own spiders. Spiders are gross. I hate spiders, and I would much rather watch my hunky boyfriend do it.

Along with this comes putting up shelves, changing a flat tire and opening a pickle jar.

I want to be a strong, self-sufficient woman, so I think I should be doing these things on my own. But can't I also sometimes just be a damsel in distress? It's a confusing mix of feelings, but I think a strong woman also knows when to ask for help.

2. To Shave Or Not To Shave

A really good male friend of mine once told me he would never date a woman who didn't shave. He was disgusted by the thought of a hairy woman.

As his face grimaced and contorted in complete repugnance, my feminist side couldn't help but feel infuriated. I sat quietly, feeling the judgment of his words fall heavily on my shoulders.

It was mid-January, and I hadn't shaved my legs since Thanksgiving. In many traditional homes, the idea of beauty revolves around what the men enjoy.

My mom dyed her hair blonde because my father liked blondes. This notion of having to go to great lengths to gain male attention is absurd.

Even though I'm fully aware a man may enjoy a woman's skin more when it's fuzz free, I simply don't want to be fuzz free sometimes. Shaving all the time is annoying.

But will I go through all of the motions of looking next to perfect while trying to get male attention? You betcha!

Thinking about having children makes me feel a little uneasy. Many traditional women will cringe at this confession, but it's the truth.

Apart from not knowing if your partner will be willing to stay to help you raise a child, women aren't even getting paid as much as men are. But children are expensive.

I don't know about you all, but I don't have that kind of dough. Then, there's the whole maternity leave fiasco.

Is 12 weeks of unpaid leave enough? How are we supposed to care for our children when our jobs make it extra hard to be with our kids, much less provide for them?

Mothers have their work cut out for them when it comes to deciding if working or not is worth the trouble. Working gives women a sense of autonomy, which is great... but when we become mothers, all the odds are against us in that department.

The stereotypical view of the feminist woman is she hates men. She uses terms like "manspreading," "mansplaining" and "manturrupting" to completely destroy the patriarchy.

We've come up with so many terms to bring men down, but is it truly fair to use these words to categorize all men? A logical person would say it isn't.

I am in total agreement. However, there are days when I want to throw logic out the window.

Women are called crazy when they so much as double text a guy.

If they simply ask where the relationship is going, they're clingy. If they ask for a man's help, they're needy.

They're ghosted, they're treated as options and not priorities, they're cheated on.

They're harshly criticized for not being beautiful enough, thin enough, motherly enough.

They're objectified relentlessly. But when a woman expresses any sort of discontent toward the actions some men choose to make, they're simply man-hating bitches.

Bashing is a two-way street. But more often than not, it seems being called a crazy bitch is more acceptable in society than referring to a guy as a fuckboy... and that's not OK.