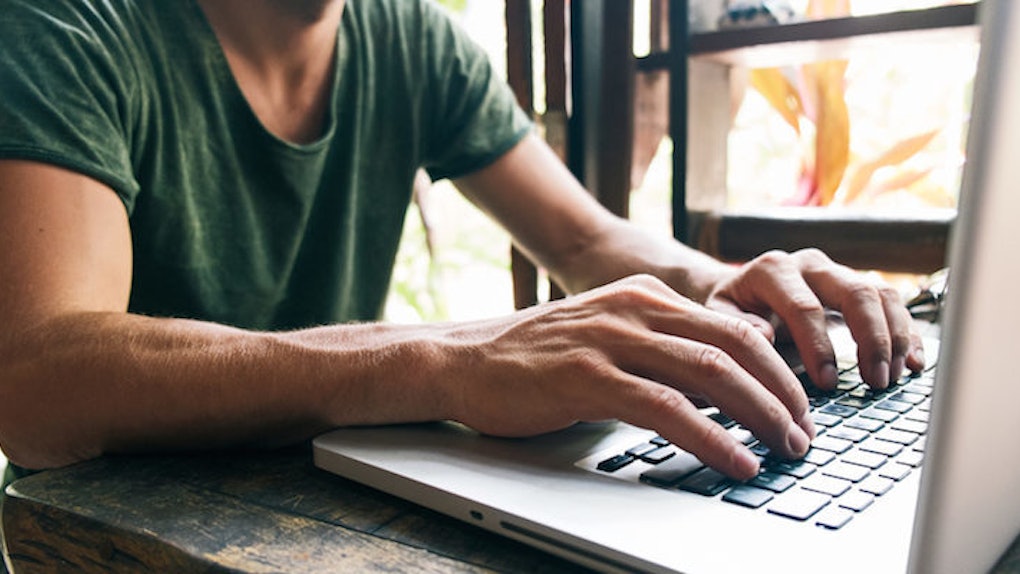 What Millennials Can Do To Stop Online Harassment And Bullying

Almost any woman, or even man, will likely tell you he or she been harassed at some point in his or her life.

Whether it be online, at the bar, on the subway, within the workplace or beyond, the prevalence of harassment in our modern day society is undeniable.

The problem is, the online world makes it easier than ever for individuals to troll and lurk their way onto profiles and leave any comments they say fit. They say things they may not have the nerve to utter in person.

As a woman, I've read the vulgar words men have typed to myself, and others, whether it be over Facebook, Twitter, Instagram or a dating site.

On one specific occasion, my friend and I had our pictures taken from Instagram and relentlessly plastered all over a strange, anonymous account.

The user had zoomed in on parts of our bodies and captioned the photos with explicit hashtags and derogatory terms.

While we quickly reported the account and all of our misused images, we were both flooded with messages and requests from strange men who suddenly felt they had the right to speak to us as if we were faceless, sexual objects.

Another time, while writing an article on online dating, I set up an OkCupid profile. To protect the interest of the men on the site who interacted with me, I stated in my profile that I was, in fact, on the site for journalistic pursuit.

Regardless, I was inundated with explicit sexual messages.

Men propositioned me for sex in exchange for money, descriptively described unwarranted sexual fantasies or called me a countless number of derogatory terms.

They didn’t hesitate to call me a slut or attack my character over the fact I was a young woman on a dating site in a big city.

After awhile, I didn’t even bat an eyelash at many of the offensive messages that were waiting in my inbox. It was just another day and another cringe-worthy message.

So, to hear the news of Mia Matsumiya releasing 10 years worth of crude and relentless online harassment, I cannot say I am surprised.

As for her bravery in exposing the creeps who push these messages her way, I can only tip my hat her way and hope this example helps to discourage the careless act of rude and explicit online commentary toward women.

I will not stand here and say men never endure harassment of this nature because, well, of course they do.

Justin Bieber is an extreme, shining, mega-celebrity example of this. But I can say that on a daily basis, women seem to be subjected to this treatment far too often.

Somewhere within our culture, there's a certain misconception that if a woman posts pictures of herself that could be perceived as “sexy” or “attention-grabbing,” she is “asking for it.”

Equally, if she is on a dating site or app, she should expect this kind of thing. She's opening herself up to it, after all.

Much like the conversation surrounding rape culture and the way women dress, many people hold the mindset that if a woman acts a certain way, she forfeits her right as a human being.

This is absolutely insane.

People should never believe they have the right to treat a woman, or anyone, in such an objectifying, dehumanizing way.

The online world is not an excuse for you to release your fantasies or insults onto someone you do not know. It is not a compliment; it is utterly degrading and inexcusable.

Mia, in particular, speaks of the racist, sexist and fetish messages she so often receives. They are messages that rip apart her character and worth.

She is punished for her Asian heritage, her beautiful looks and petite nature.

Some messages even speak of desires of rape and other gross, sexual misconduct.

Some messages inform her that as a woman, she has no right to even attempt to be considered for anything other than her looks.

She has no right to her musical talents or her intelligence. She should be content being just pretty.

That's all she can be good for, apparently.

Perhaps the worst part of her report is the way she admits she has become desensitized to it all. This commentary has become normal, a feeling many women likely know all too well.

When we're on Tinder, OkCupid or Instagram, it’s easy for us to think, “Well, if I’m on here and putting myself in this situation, what can I really expect?”

The answer is we should be able to expect better.

Women’s rights are an ongoing battle, and this is a conversation that will likely be had for many years to come.

But, I will never stand for men using the online world as an avenue to “put women in their place” by enforcing sexual and threatening comments.

No one should expect or allow this kind of behavior.

It doesn’t matter the forum, the time or the place; people do not have the right to speak of rape or unwarranted desires simply because the line of communication is open.

This same mindset applies to any gender, race or belief. That fact is, no one should ever force this kind of harassment upon anyone.

We are not objects for the taking. We are not at anyone’s disposal.

We are all human beings, and we are entitled to better.