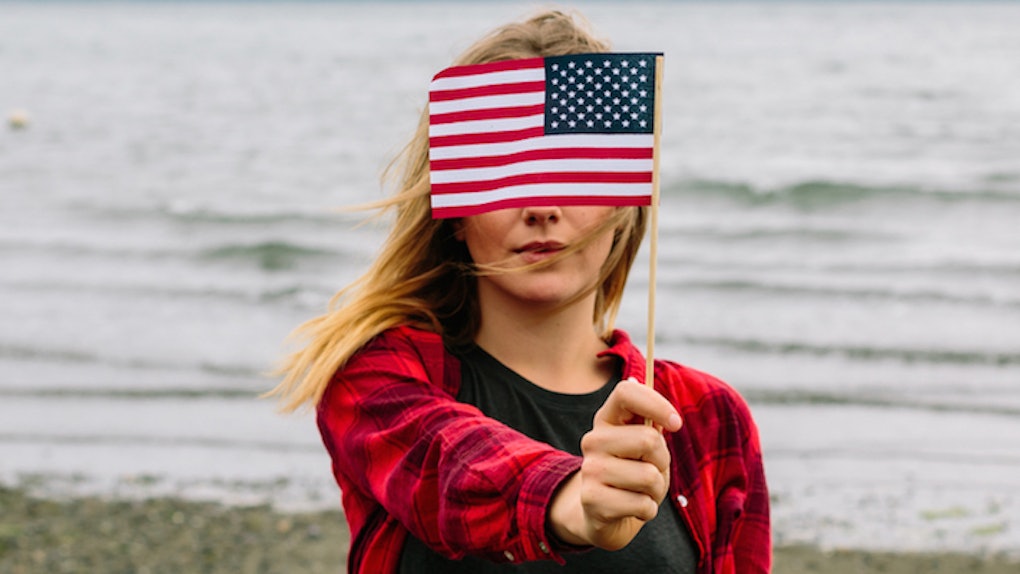 This presidential election season has been one of the most made-for-TV seasons in history. So it's no wonder Millennials have taken such an interest this time around.

On the one hand, we have an egotistical, bombastic, inexperienced pathological liar.

On the other hand, we have a dishonest, out-of-touch, untrustworthy career politician.

Biting at our ankles and vying for some attention, we have a science denier and a paranoid idealist.

All in all, it makes for some great 24/7 entertainment. But more importantly, it makes for a bit of a real-life political horror show that will affect us for at least the next four years. And that's what's so troubling.

Only 46 percent of Millennials who were eligible to vote in the last presidential election did so. That's kind of a drag considering Millennials actually now make up about the same number of eligible voters as Baby Boomers at 31 percent.

That means no matter how involved Millennials are on social media or how easy platforms like Instagram, Twitter, Snapchat and even Uber make it to register to vote, Millennials still have to make that extra effort to actually go to the polls on election day, which they have been reluctant to do in the past.

My girlfriend is one of those reluctant to even register, let alone actually vote.

I've heard all of the excuses: I don't want to be eligible for jury duty, my vote doesn't really matter, I don't even know how the electoral college works, politics are boring, I have too much to worry about for myself and so on.

But rather than simply give reasons why voting is important or try to instill my political beliefs on her, I've taken a different approach this election season to get my girlfriend interested and opinionated about the candidates.

1. Sharing updates about the election that she can relate to.

I've started a lot of conversations over the past few months with, "Did you hear?"

Like most Millennials, my girlfriend is swimming in a sea of student loan debt. Since she graduated college, her loans have decreased about 5 percent because they're so large, the interest rates are so high and that's all she could afford to pay each month. (She just discovered refinancing, though, which is cool. Everyone should absolutely be aware of it.)

So when Bernie Sanders and Hillary Clinton were going head to head, offering their solutions for student debt, I mentioned a few things I read and shared a few articles to peak her interest.

2. Educating her about the electoral process and debunking myths.

I place some of the blame here on a failed educational system and insufficient information from the media, but also on her choice to remain ignorant.

She was under the impression our votes don't really mean anything. The electoral college means some representatives can just vote for whomever they want, regardless of what vote we cast.

The controversy over the delegate allocation in the primaries probably had a role in this mixup, but I made sure to let her know exactly how the electoral college works and how each individual vote is actually counted.

3. Utilizing a politically uneducated person to show her how embarrassing a debate can be.

I'm not talking about someone who failed to go through the education system. I mean someone who has not taken the time to educate themselves about the candidates' political views.

Now that we're adulting almost daily, it's time to be able to hold up our end of an adult conversation.

I didn't have to look very far for this one. Her brother hasn't taken the time to educate himself, yet still formulates pretty strong opinions on subjects he knows little about.

When a discussion arose involving the two major party candidates, I made sure to include important topics in which he was not well-versed. This excludes deleted emails and tax returns.

4. Asking for her opinions.

This has probably had the greatest effect. It's amazing how much someone's feeling of self-worth and relevancy increases when you ask for their opinion.

It's as simple as seeing something in the news and asking her what she thinks to start a discussion.

"Hillary wants to increase taxes on the wealthy. How is that fair?"

It's all seemed to work pretty well so far because she hasn't told me to shut up for awhile.

Whether or not that translates to a vote cast on November 8, only time will tell.