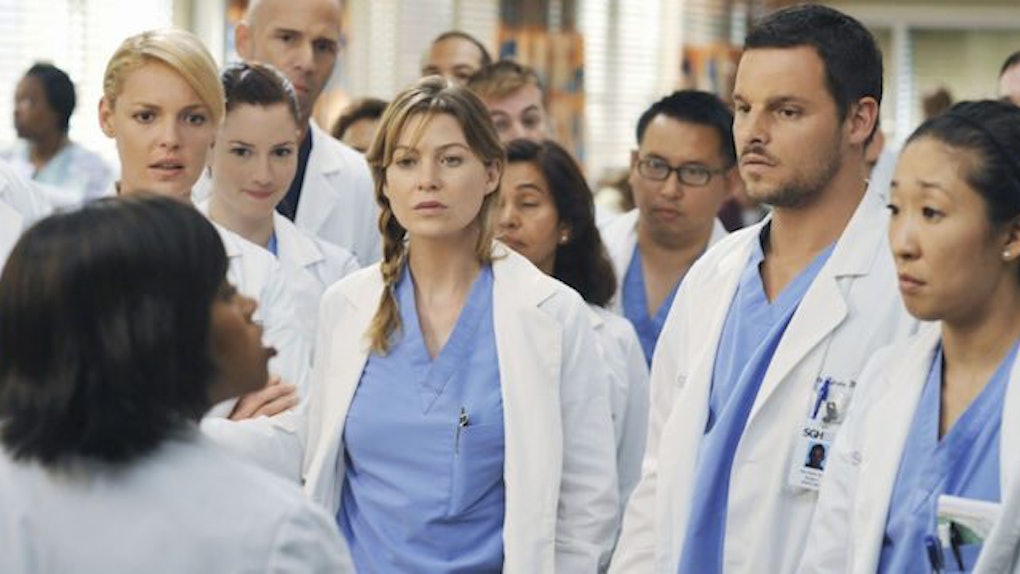 These Are The Careers That Make A Difference In The World

If you're bored with your career or want to find a job that makes a difference, you're not alone.

You won't find that new career just by dreaming. Whether you're on the job hunt or looking to find fulfillment in another field, here are some of the careers that are helping humanity.

More specifically, biologists. Being a biologist isn't just about memorizing the way photosynthesis works or how fish gills extract oxygen from the water they swim in.

While biology is the science of living things, it's also an endless sea of possibility for people who want to change the world.

Take the example of Sir Alec Jeffreys, the genetic scientist responsible for inventing DNA fingerprinting and DNA profiling in 1984. For over three decades, his work has helped law enforcement agencies catch and convict criminals that would have otherwise gotten away with their crimes.

Additionally, his work has often been used to free people wrongly convicted of a crime, and to help families establish paternity. Because of Jeffreys, some countries have adopted the requirement to perform a paternity test in child custody cases.

Just in case you're wondering, Jeffreys received his knighthood in 1994 to recognize his contribution to the world.

Nurses are in the perfect position to make a difference. To their patients, they are the face of healthcare and healing. Nurses often develop close bonds with their patients, and their smiling faces are paramount in the healing process.

It's no secret that nursing is one of the most demanding careers on the planet, but that doesn't stop people from doing it. Some people were made for the job.

Although the workload for a nurse is heavy (the shifts are long and breaks are sometimes impossible), if you love taking care of people, it can be the most rewarding career.

Nurses may not receive recognition for their hard work on the job, but thanks to an organization called the DAISY Foundation, extraordinary nurses are continually being recognized for the skill and compassion they provide to patients and their families.

Over 2,400 nursing schools participate in The DAISY Foundation's award program, designed to recognize extraordinary nurses for their super-human work caring for patients and their families.

Teachers are known for their ability to shape a classroom full of brilliant minds. And they're in the ideal position to do this because students spend more time with their teachers than their own parents.

While most teachers make a profound difference in their classrooms, John Taylor Gatto has taken his role as a teacher one step further to impact the lives of students and families across the world.

Gatto is an example of someone who has made an exponential difference in the world by adding a personal touch to the usual job description of “teacher.” Rather than just educating his students, his work continues to educate the world.

After being named New York City Teacher of the Year three times, Gatto realized there was something wrong with the structure of the school system. The system didn't support his students as well as it could. He quit his job as a public school teacher and became a public speaker for education reform across the world.

You may think of art, music and performance as passive entertainment, but throughout history, artists have created timeless works that transform the mind, body and soul.

Take "West Side Story," for example. It was written in 1957 by Arthur Laurents, choreographed by Jerome Robbins and musically scored by Leonard Bernstein.

Laurents' modern day "Romeo and Juliet" pushed the boundaries of the conservative 1950s by bringing up issues of gang violence, immigration, murder and discrimination.

On opening night in Washington DC, when the cast ran to their places for the curtain call, the audience was momentarily silent and the cast thought the performance had bombed. But just a moment later, everyone jumped up, stomping and yelling—it was a success!

People are often touched, moved, and inspired by music in a way that transcends the boundaries of what's socially acceptable. "West Side Story's" continued success is proof of this.

It's easy to choose a career based on salary alone, but you can only buy so many things before the novelty wears off.

It's far more rewarding to choose a career that allows you to change the way people live. If you're lucky enough to connect with others and make a lasting impression on the world, then you will never regret what you do.