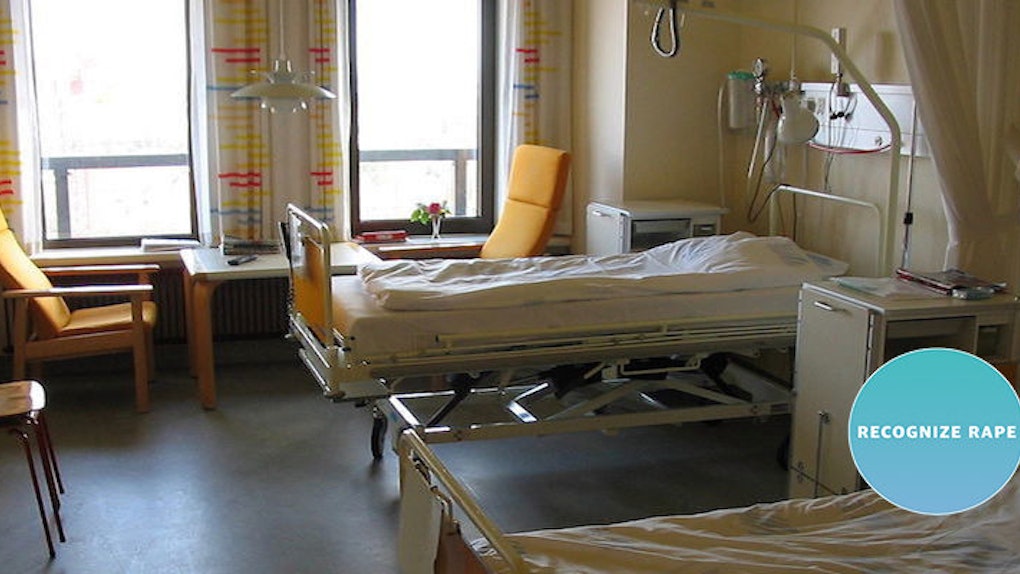 The morning after Dinisha Ball was sexually assaulted, she went to a hospital to have a rape kit administered, Jillian Keenan reported in Cosmopolitan.

But a doctor and nurse told her they could not give her one and sent her to another hospital.  Keenan noted that the hospital did not (and still does not) have any Sexual Assault Nurse Examiners (SANEs) on staff.

Had the hospital had a SANE, it's likely Ball wouldn't have had to go somewhere else, prolonging the already traumatic process of reporting an assault.

Rape kits collect forensic evidence and are valuable for getting convictions and catching serial rapists. But for them to be put to use, hospitals have to have someone on staff who knows how to properly handle them.

This is where SANEs come in.

SANEs are registered nurses who go through extra training on treating survivors of sexual assault. This includes training on how to administer rape kits and work with outside agencies to help survivors.

With a SANE, survivors received more medical services and more referrals to victim services. Eighty-eight percent of survivors had a rape kit collected, compared to 30 percent who did before the SANE was present.

Seventy-two percent of survivors reported the crime to the police, compared to 50 percent who did so without a SANE.

Police filed more charges with a SANE. And, importantly, more people were convicted of the crime — and those who were convicted were given longer sentences — after the University implemented SANEs.

They provide survivors with paths toward healing.

If they are treated respectfully by nurses and connected to ongoing resources, survivors are less likely to fall victim again to health risks prevalent among survivors, including alcohol and drug abuse, clinical depression and suicide attempts, Pierce-Weeks said.

Even if the prosecution never comes, SANEs know they make a difference to the survivor. Pierce-Weeks said,

You may or may not see that criminal justice outcome. The outcome may not look they way you or the victim wants it to — or even the general public [...] You have to be in it for really caring for that patient population.

Despite the improvement SANEs bring, not all hospitals have them.

There is currently no tracking system of SANEs, but there are at least 800 programs registered with Forensic Nurses. According to Pierce-Weeks, "That's nowhere near enough."

One of the main barriers is getting the training done. It's very serious work as these nurses become experts in the practice. It is both a technical and emotional expertise.

SANE training is in two parts: didactic and clinical.

The didactic part is easily completed. That just involves having classroom training, which can also be done over the internet.

The clinical part, however, is more difficult. You need someone there to guide you as well as patients to care for in order to maintain your ability. But in rural areas and on reservations, that's not always common.

The International Association of Forensic Nurses and the Emergency Nurses Association put out a joint statement this year requesting overall improved care for survivors.

One of their positions was that,

They requested that healthcare facilities stay informed on local laws and recognize their responsibility in helping patients.

They also wrote that they want emergency nurses to "participate in community education" to figure out the best ways to treat sexual assault survivors.

Some members of the government are also trying to increase SANE presence.

This act would figure out what each state needs to improve their handling of survivors. It would make the Department of Health and Human Services create a national training program, with a special emphasis on rural areas.

SASCA would create a grant program to train more providers in medical forensic exams. The act also works on a campus level by requiring colleges to tell students where they can find SANE services.

With more access to SANEs, survivors can have better likelihoods of continued healing and justice.

Pierce-Weeks said you can see the difference in survivors when they enter treatment and when they leave.

When they first come in, patients are ashamed, even though the attack was, of course, not their fault.

But after they are treated by someone properly trained to care for them, Pierce-Weeks said, "they can look you in the eye again."

Of course a rape or assault is a major incident in a person's life, but if they are given responsible care, she said, "it doesn't have to be a defining one."