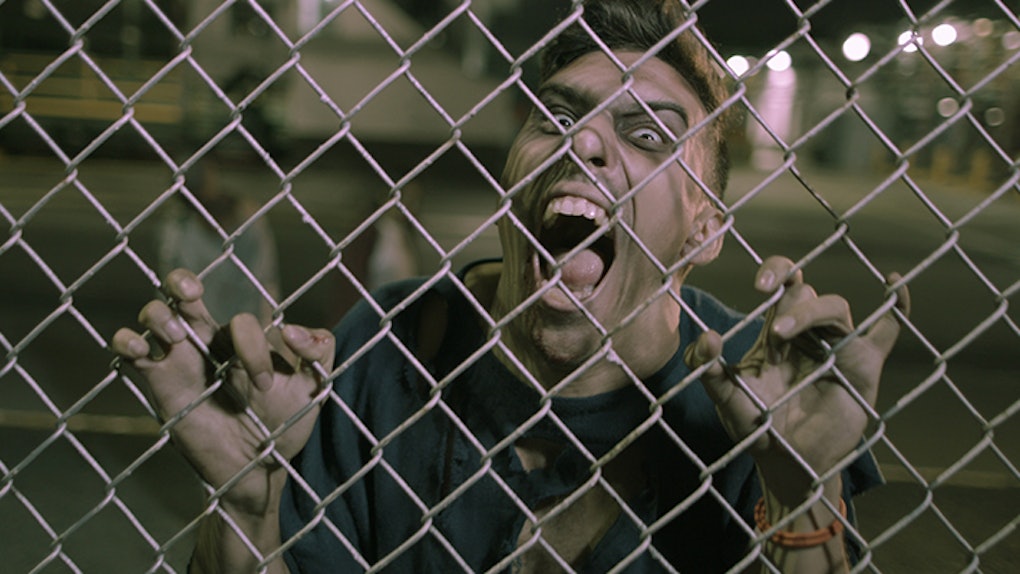 How You'll Handle The Zombie Apocalypse, According To Your Zodiac Sign

The world is over as we know it. We have two wildly disliked people running for president, toddlers have Snapchat and NASA has come out with a new zodiac sign.

And while it seems like there's no hope left for humanity, we still believe there's truth to our zodiac signs and how they affect our day-to-day lives.

You know what else our zodiac signs will affect? How we handle the zombie apocalypse.

So wash the blood off your hands, take out your tarot cards and pay attention. Because the zombie apocalypse is inevitable at this point, and knowing your fate before it happens sometimes make it all seem better.

You will survive, but the things you'll do to stay alive might not be the most ethical.

That's OK, Virgo. You have bigger problems to keep you up at night.

Taking a practical approach will work to your advantage, Virgo. In times like these, it's important to remain calm and strategic.

Libra, your demise will be your empathy. You can't worry about playing fair in the apocalypse, it's a zombie-eat-zombie world.

You'll try to ration out food based on age and size, and your peers will end up shooting you because of it.

Can you blame them? I mean, you took your sweet time.

You'll try to work with a group of people, but you'll be unwilling to compromise when it comes to who has to keep watch at night.

You liked being on your own, but there's strength in numbers, Taurus. This, unfortunately, will leave you as one small, disappointing snack for a pack of zombies.

Oh, you'll definitely die. But you'll have a great time on your way out!

You've never taken life too seriously, so laughing in the face of death is second nature to you.

You're never one to fight, so when the zombies come, you will have already accepted your death. So, my brave little Sagittarius, loot some booze, crack some jokes and enjoy last call!

This is not the environment you're used to thriving in, Pisces. Place you in the middle of a musical jam circle and you'll thrive, but place you in a circle of zombies and suddenly your creative skills are wildly irrelevant.

Your best hope against zombies is creating some type of unrecognized artistic masterpiece before you die in the hopes that, one day, humanity will prevail and your work will finally get the recognition it always deserved.

But you'll definitely be dead.

You're too busy consulting with yourself to realize the world is freaking ending, Gemini. Your inner battle will leave you indecisive and defenseless.

While you're choosing if you'd rather have a can of beans or corn for dinner, a zombie will choose you as the main course.

You plan for the worst, and it keeps you from ever becoming too comfortable.

Beware, though, you'll attract weak people, and they'll be more dangerous to you than a flesh-eating zombie.

You'll last a while, Cancer. If the end of the world was a TV series, you'd at least make it to season four, making your death all the more tragic because you've become a beloved staple of the show.

But just like a crab, death will sneak up on you (and your loyal fans) and take a hearty bite.

Literally, though. This isn't a metaphor. You're going to be bitten by zombie and die.

It's no surprise you'd volunteer as the leader of your group. Unfortunately, for many leaders who rise up quickly, they aren't well liked.

It won't be long before you threaten the lives in your group for the greater good, Leo. And when that happens, they'll turn on you for another group and lead you right into that group's (death) trap.

You will survive the apocalypse. Congrats, Scorpio!

Beyond being a natural-born leader, you actually have all the attributes a great leader possesses. Your resourcefulness, bravery and instinct to stay skeptical will help you and your loved ones see another depressing day.

Having a heart is what will get yours eaten, Aquarius. You feel for the zombies, and they want to feel you back.

You'll try to provide food and shelter for some seemingly harmless zombies, until they decide they want to change up the menu.

You're one to thrust yourself on the front lines of battle, Aries. You're secretly excited for the apocalypse and have been practicing via Resident Evil for years.

Unfortunately for you, there is no respawn option in real life and you're the first to go.

Gen Why is back for season seven to watch the world go up in flames and remind you we told you so.