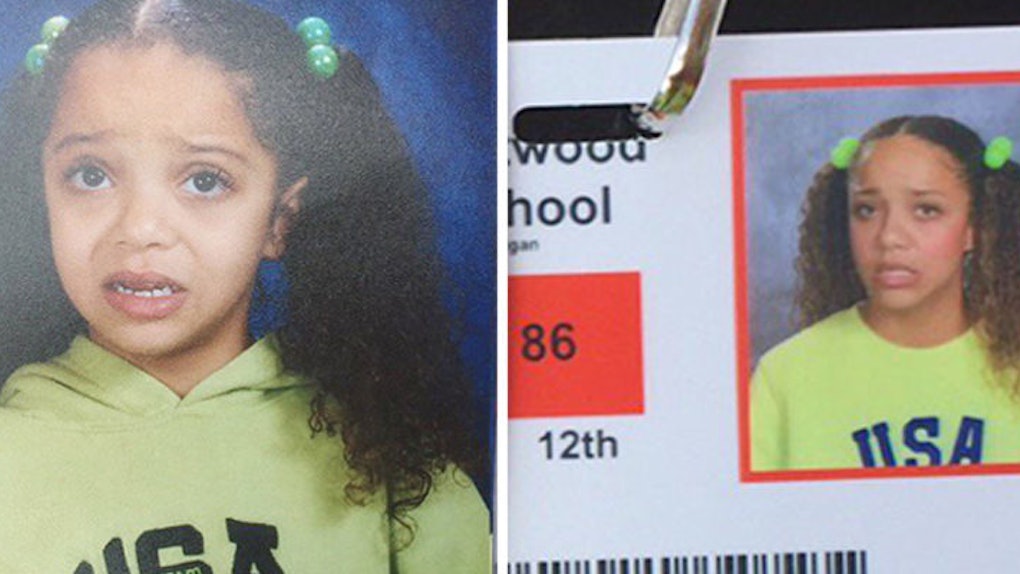 The school year is starting again. This means absolutely nothing to me, but everything to a lot of people who aren't me.

On the first day of every year, all the students at her school have to take their ID photos.

But Tyra took it to another level.

The photograph was posted on Tuesday, and it has nearly 100,000 likes already. People are losing their shit over it.

If you go to the comments on this tweet, 20 percent of them are from reporters reaching out to do a story on it.  I'm not exactly sure what interview questions they'd ask Tyra, other than, "So, um, where'd you find another USA sweater?"

But that's none of my business.

She was even on the news:

Regarding her 15 minutes of fame, Tyra told Buzzfeed,

My friends and I think it's crazy. We had no idea it would blow up. I'm still shocked myself.

Now, if I had done this on the first day of MY senior year, I would've pretty much looked exactly the same.