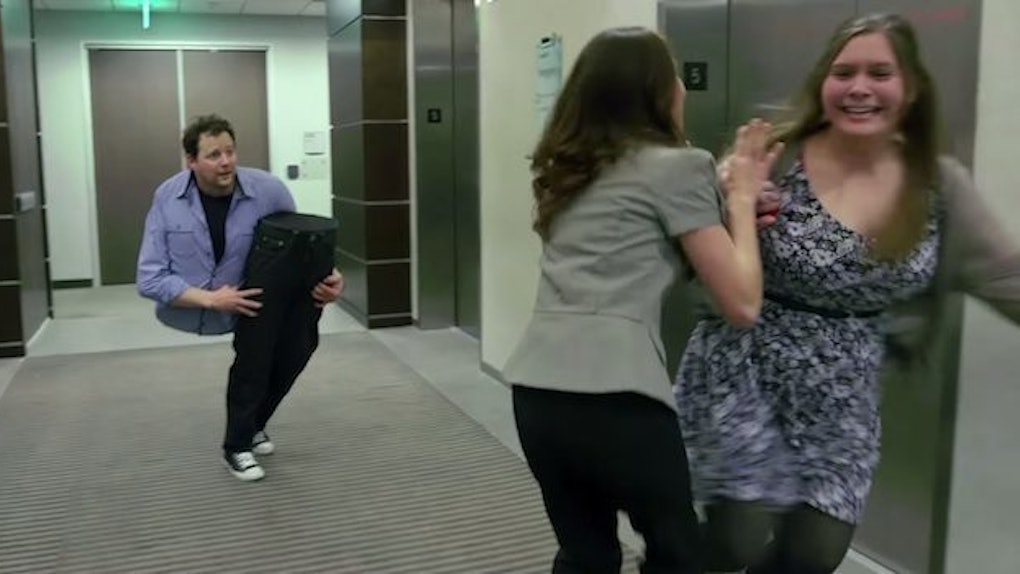 There seems to be nothing that so thoroughly delights our species more than watching other people get scared. Begin salivating, my fellow sadistic Homo sapiens.

This prank is simple: A magician (who apparently specializes in making himself look like he has be cut in two) waits in an elevator for innocent victims to enter.

When they do, he grunts at them like a zombie until they promptly lose their minds.

You can clearly tell this man is not actually "pluralized," but that doesn't seem to matter to the victims. They're desperate to get as much distance between them and this abomination as possible.

I guess the moral of the story here is this: A lot of people hate the disabled.