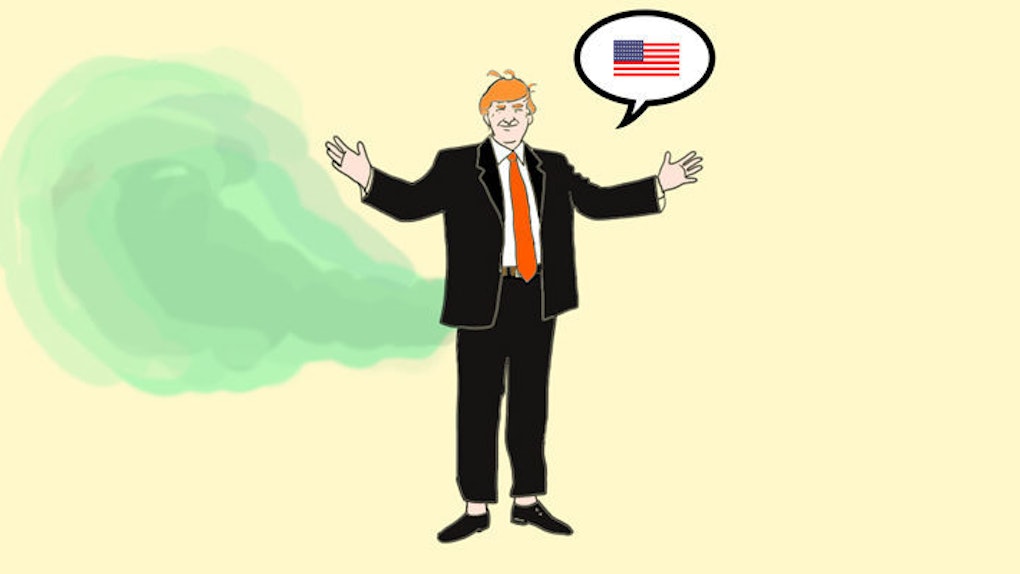 What The Farts Of The Current Presidential Candidates Smell Like

As a journalist, it's my job to ask the TOUGH questions, to say the things NO ONE is willing to SAY, to THINK about what others CAN'T and to use my chemical engineering degree to CAREFULLY STUDY the chemical makeup of the gas current presidential front-runners emit out of their weird colons on the reg.

To be clear: For the past few months, I have been following politicians' butts around with elaborate equipment that collects farts.

Some of my findings may surprise you, but most will not.