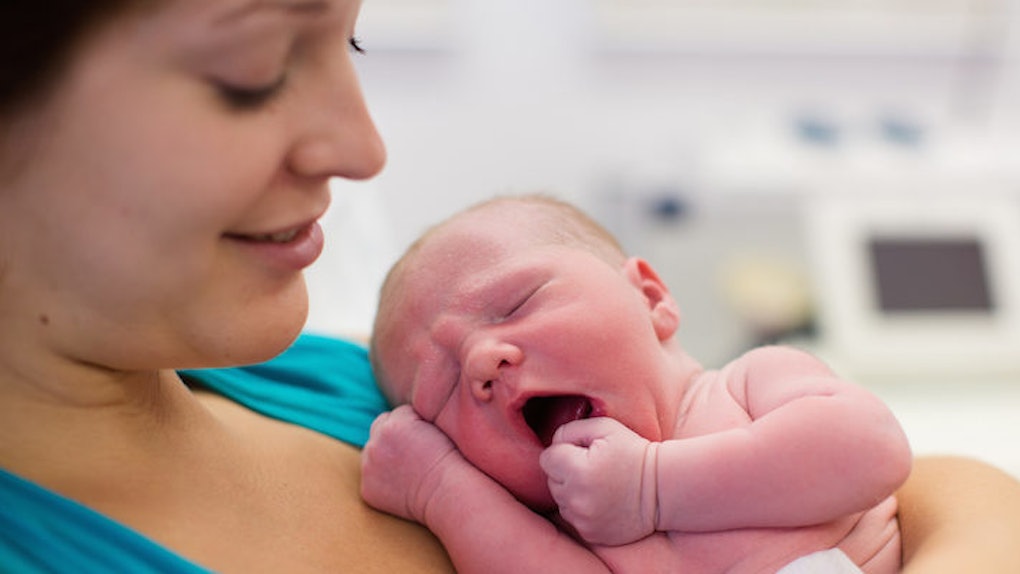 Brutally Honest Parents Are Confessing They Thought Their Babies Were Ugly

There is a Reddit thread called "Parents of unattractive children, when did you realize your child was ugly?," and parents are raking their kids over the coals.

Some of the parents are straight up being horrible about how their kid is too this or not enough that -- to which I say, "Go to college very far from them, kid."

But most parents in the thread, which is immensely long (apparently this is a subject parents feel has been ignored for too long), posted entries admitting they thought their babies were ugly when they were born.

I don't have a baby, so I don't know what it's like, but to me it seems pretty peculiar to question how aesthetically pleasing the dimensions of the nose on the miraculous new life you just delivered into this world are.

Maybe, just an idea, let's not judge our babies on their physical appearances at all. They're babies. They're not going to be dating anyone.

Let's start with a dad who didn't think his baby was ugly -- as it highlights how much some parents fear that fate.

When I finally saw my son for the first time, I cried like never before. Some of the nurses watched me as I picked him up and told him through the tears, 'I'm so glad you're not ugly.' One of the nurses gasped and said she'd never heard a new father say that to a newborn. Maybe not, but they've all thought it.

A judgment of physical appearance is not only the first thing this father ever said to his child, but it's literally the first sentence that child ever heard.

Yes, babies don't make memories, but Jesus Christ, if that's the number 1 thing you want to tell your baby the second he or she is born, no way that bodes well for your future parenting habits or your child's psychological well-being in years to come.

i secretly thought my older daughter was an ugly baby for the first year and a half or so of her life. i was a bit disappointed and occasionally wondered if people who said she was cute were lying to me to make me feel better. she ended up growing into an adorable toddler. and then i thought she was a bit ugly again when she reached 4-5 and her hair was very long (nearly to her butt). it made her face looked kind of fat despite that she has always been very thin, and the long hair i guess was weighing too much and looking drab. she decided to cut her hair to chin length, and after that she was extremely pretty. it was really amazing what a difference the new haircut made, the difference in the before and after pictures of her haircut is pretty amazing.

Okay, this woman is just an asshole. Don't say your 4-year-old has a fat face, you fucking weirdo. I hope your kid gets diarrhea in the pool while you're swimming in it.

I did not think my son was cute when he was born. I had bad post partum depression and cried often because of it. I cried anytime someone told me he was cute because I thought they were lying. He grew into a very cute toddler, and is now an awkward looking 7 year old who is attractive when his hair is cut a very specific way and is otherwise awkward looking.

All this is so weird. Who cares if your baby, who literally just finished making himself from goo and lived for 9 months with his head pressed against your intestinal tract, is “pretty?"

What is going on here, parents? Your babies can't even speak a language yet. Don't worry about how hot they are. And yes -- I can't believe I'm actually saying this -- that goes for toddlers, too.

When my daughter was born I went home thinking she would never get a date...Looked like a shriveled up me (Dad). She had hair on her forehead and back and lots of purple...Went back the next day and was relieved to see that she was not as scary as I thought. Suffice to say, I will be buying shotgun in the future.

My daughter was not a cute baby. She just wasn't. I love her so much, and I loved her despite her being less than attractive as an infant. I didn't feel disappointed or embarrassed or anything. It was just a fact. She's 7 now and she is getting really pretty. She just had to grow into it. Her dad and I are both tall and I think she'll be close to 6' based on her growth charts. She could model if puberty doesn't screw her over.

Please, PLEASE, P L E A S E stop talking about whether or not your baby is "attractive." If you have to say anything, say "cute." You're all creeping me out.

It reminds me of that "Spanx, for babies" sketch on "SNL." When I saw that for the first time I thought it was such a fun, absurd way to critique beauty standards. After reading all this it is beginning to seem less and less absurd.

Not all the Reddit users were like this, though. One in particular stuck out. And I'd like to end with it, in case any of you people reading this ever have a baby and don't want to turn his or her soul into a viper den of inadequacy.

Don't tell your kid she's pretty, tell her you love her, that she's perfect, no matter what. If her skin is bad - which most kids get - don't do what my mother did. Don't make her cover it up or be ashamed of it. And if she doesn't have issues, if she's stunning and tall and clean-skinned, make sure she appreciates what she's got, and what others lack.