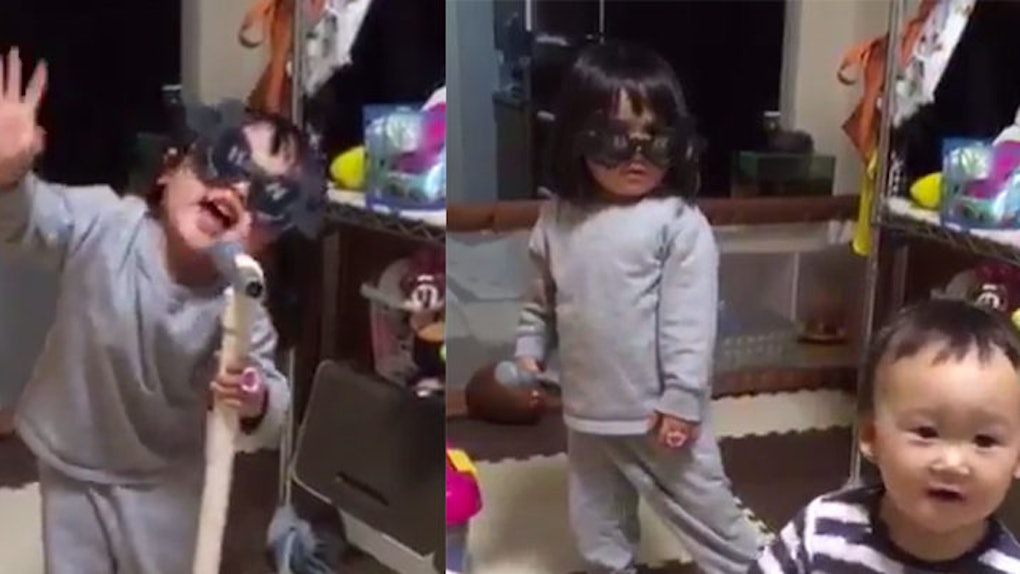 This Little Girl's Reaction To Her Song Getting Interrupted Is Priceless

True artists aren't made, they're born. And, if you're looking for them, the signs of excellence are clear as day. Across all nations and creeds, in all languages, we know superstars when we see them.

And this little girl is one of them. Also, she is just cute as sh*t.

First of all, I'm sure we can all agree she has the voice of an angel who took voice lessons directly from God. But it's this diva's superstar spirit that has been capturing the hearts of thousands.

People have been absolutely losing their minds over this little girl's hyper-diva, ice-cold stare of destruction that she lances her (presumably) little brother with when he dares to interrupt her.

I can only imagine where she learned how to harness this much sass.

That stare could stop the heart of an elephant.

That stare could shut down the government.

And yet, we just can't get enough of it.

@Ask_Elissia @lenubienne I'm seriously in tears. Watched that video like ten times while waiting for the train — not Britt or Brett (@BrentLauren) May 12, 2016

@lenubienne someone give her an Oscar, cuz she screams drama lol — not Britt or Brett (@BrentLauren) May 12, 2016

This is what I will picture from now on, whenever I feel the need to stand up for myself.

Actually, it'll be this.