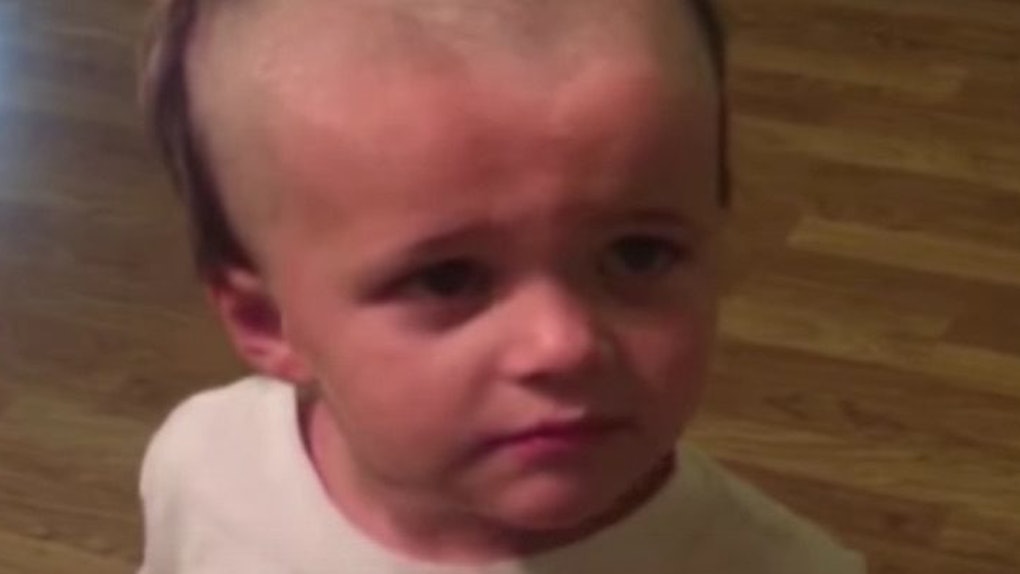 Babies and very old people share quite a few similarities: Both need caretakers (or sometimes 'round-the-clock supervision); both are prone to public displays of inappropriateness, and both, despite the above points and the whole diaper thing, tend to be freaking adorable.

But for this baby, it wasn't enough to share characteristics with the elderly. He wanted to be elderly.

So, in an effort to align his outer appearance (a toddler) with his inner identity (a 99-year-old), the young boy bravely decided to shave his head.

I won't say his attempt failed because the resulting hairstyle is about as "elderly" as you can get. Judging by his reaction, however, I don't think it was quite the look he was going for.

Watch the hilarious footage up top.