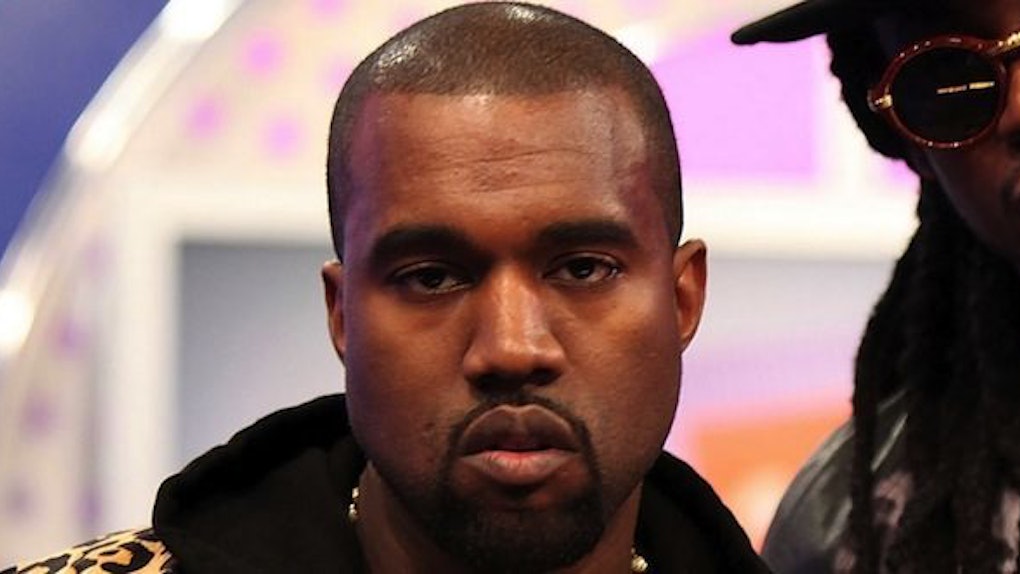 18 Unbelievable, Blatant Lies Kanye West Has Told In His Songs

Last week, Barack Obama stopped by "Jimmy Kimmel Live!" to partake in a time-honored tradition that stretches all the way back to the days of George Washington: reading mean tweets about yourself on late-night television.

Obama also sat down to talk about some hard-hitting topics, one of which revolved around the time Kanye West claimed the president calls his home phone (because Kanye is apparently the kind of person who has a landline in 2015).

I'm assuming Kanye -- who seems like the kind of guy in middle school who totally has a girlfriend who lives in a different state -- never thought Obama would actually acknowledge his statement, but Kanye was wrong.

Despite the number of NSA files presumably at his disposal, Obama claims he doesn't actually know Kanye's home phone number, which means the awkward conversation I like to imagine he had with Kim Kardashian probably never happened.

However, that's not the only thing Kanye's made up: After taking a look back at some of his lyrics, we discovered he has a history of saying things that might not actually be true.

Kanye loves his face way too much to start a fight club.

Gucci does not serve breakfast items.

I must have missed the part in the Bible where they talk about this.

"Got a middle finger longer than Dikembe"

There's no way this is true. Dikembe Mutombo has giant hands.

"Now she claiming that I bruised her esophagus."

This is technically a song title instead of a lyric, but I'm 99 percent sure Kanye wasn't able to get the real God to do a feature.

"Woke up an optimist. Sun was shinin', I'm positive."

Knowing what I know about Kanye, I don't think any of that is true.

"Mix that Goose and Malibu, I call it Malibooyah."

I sincerely hope this was a lie because those two drinks should never be mixed by someone old enough to purchase alcohol.

"I'm talking George Tenet, I seen him the other day."

There's no way Kanye has ever met George Tenet.

"My presence is a present, kiss my ass."

"Lucky I ain't had Jay drop him from the team."

This would have been an amazing power move if there was a chance Jay Z had any real influence over the day-to-day operations of the Brooklyn Nets.

"Are you into astrology? Cause I’m tryin’ to make it to Uranus."

I know he's trying to make an (objectively hilarious) butt pun, but I can't help but mention we simply don't possess the technology needed to send a human to Uranus.

"'Oh my God, is that a black card?' I turned around and replied, 'Why yes, but I prefer the term African American Express.'"

Kanye has said some crazy things, but I refuse to believe this is one of them.

"No more drugs for me, p*ssy and religion is all I need."

I doubt he'll be singing the same tune after a week without food and water.

"How you say broke in Spanish? Me no hablo."