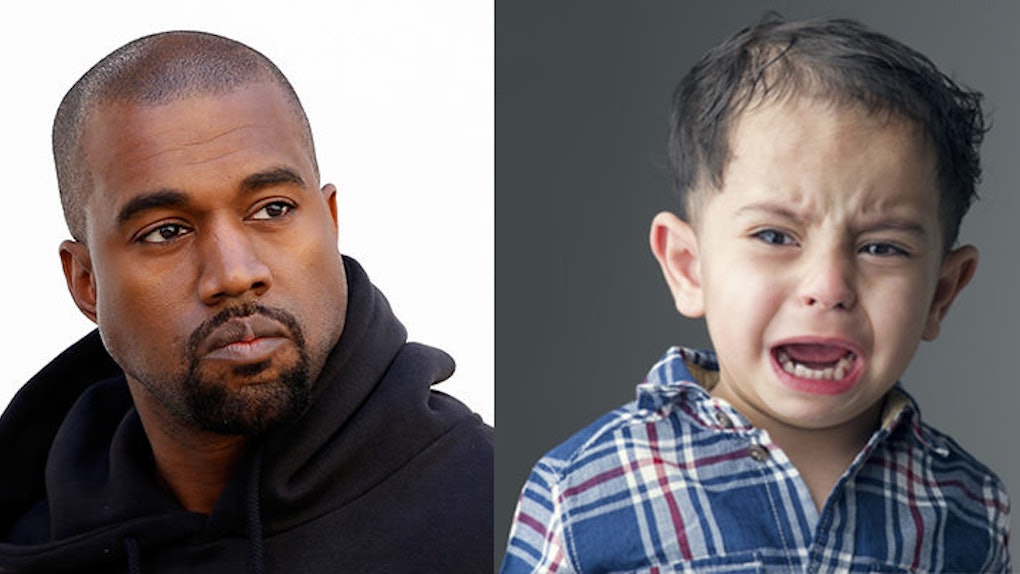 Who Said It Quiz: Kanye West Or A Little Kid?

Based on Kanye West's tendency to say whatever pops into his head without thinking about the potential consequences and the temper tantrums he tends to throw when things don't go his way, it wouldn't be that absurd to compare him to a small child.

I'm not one of those people who tries to take away from Kanye's impressive artistic achievements by focusing on the more polarizing aspects of his personality, but only his most diehard fans would deny he might have a couple of maturity issues.

Over the years, Kanye has provided the world with an almost endless stream of quotes and tweets just as amazing as the music he puts out, only for totally different reasons.

I compiled some of my favorite things Kanye has said over the years along with some excerpts I collected from a variety of funny notes written by small children that have been uploaded to the Internet.

Think you can figure out who said what? I wish you the best of luck.