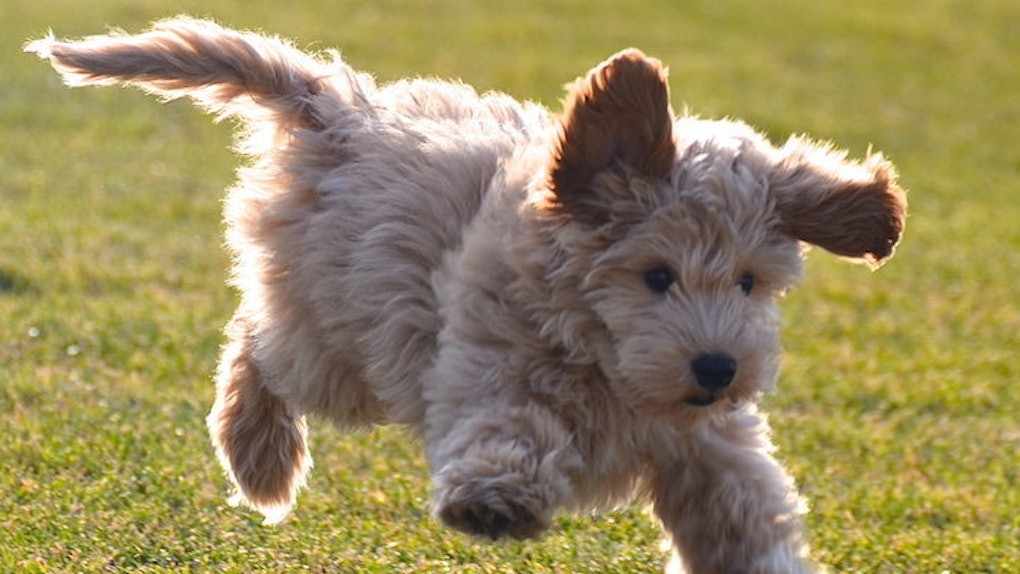 People Keep Hilariously Photoshopping This Pic Of A 'Flying Labradoodle'

A Labradoodle -- for those of you who can't think good -- happens when a Labrador has doggy-style sex with a Poodle (dogs really hate looking into each other's eyes when they mate).

Now, one of these beautiful, biracial creatures was photographed doing exactly what you'd expect such a creature to be doing: galloping like a fluffy sunburst through a grassy field.

Here is the original photograph in all its adorable glory.

Yeah, it's cuter than a baby beating up another baby (I've seen that, and it's super cute).

But, the Internet can't just accept a photograph like this. It's suspended in the air and perfectly photoshoppable. And as Murphy's -- aka this guy I know named Murphy's -- law states,

Anyway, you know the rest. r/Photoshopbattles had a feeding frenzy, and the results are delights.

Finn looks like he's trying to get Rey's attention so she can check out how dope this dog is being.

Actually, only one dog goes to heaven.

Puts the "lab" in "Labradoodle."

Dog is just thinking, "This is weird."

Yeah, this had to happen.

This is unrealistic -- the dog's not wearing a space suit.