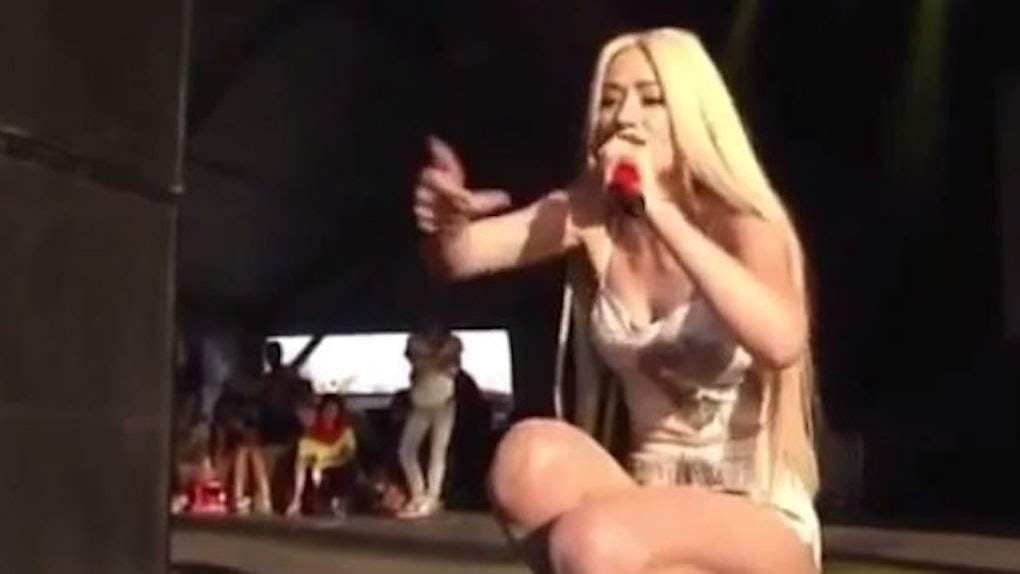 Clearly, Iggy Azalea went to summer camp as a kid, and that must be where she first learned Pig Latin.

She then continued her studies in Mumbo Jumbo when she went abroad to the tropical Gobbledegook Islands during her junior year at Sydney's preeminent Gibberish Academy of Wordfarts.

Listen, I don't have too much against the talented young rapper, but in this Vine, she's literally not using any words whatsoever.

To be fair, at the beginning of the clip, the word "joint" can be deciphered twice. But by the end, professional jazz scatters make more sense than she does.