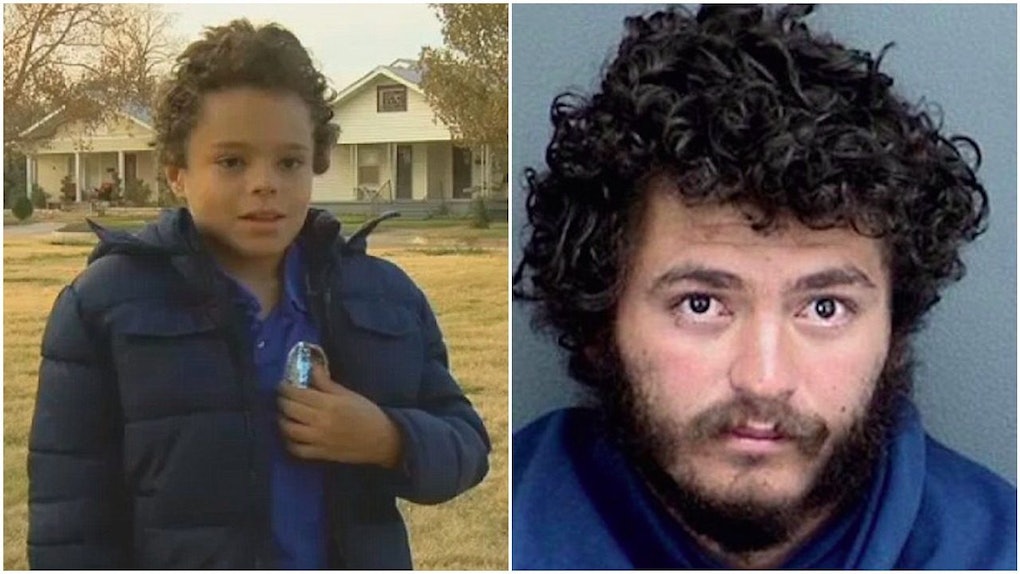 An 11-year-old boy was instrumental in saving a 7-year-old girl in Wichita Falls from being kidnapped by a sexual predator on Saturday, authorities say.

TJ Smith allegedly chased after the man before calling for help. TJ, who has younger siblings, says he was just doing the right thing.

"She was riding her scooter and he picked her up and started walking," TJ says, "And I chased after him."

When he figured out what was happening he called on James Ware, a neighbor, and told him that he'd just seen someone kidnapped.

When KAUZ-TV asked what made TJ act so quickly and fearlessly, TJ said, "If I was a little girl, I'd be scared, too."

The neighbor who TJ contacted for help was James Ware (pictured below), who searched the neighborhood for the man with the help of other neighbors.

When he finally tracked the man down to a vacant house in the neighborhood, TJ was already there, waiting for him. He told Ware that the man and child were in an alley behind the house.

Yes, TJ is the biggest badass ever.

As Ware approached with his wife, the man released the child, unharmed, and started running. Ware chased him down and held him until the authorities arrived.

The suspect in question is Raeshawn Perez (pictured below), 26. He has been charged with aggravated kidnapping and public intoxication. Authorities say that, under questioning, Perez admitted he “wanted to have sex with the 7-year-old victim”

A neighbor said of the events, “Him to go by himself like that and chase a man, that is awesome. But scary too.”

TJ was awarded an honorary police member badge by the Wichita Falls Police Department, which he proceeded to wear to school on Monday.

In my opinion, they should have just given him a real one.