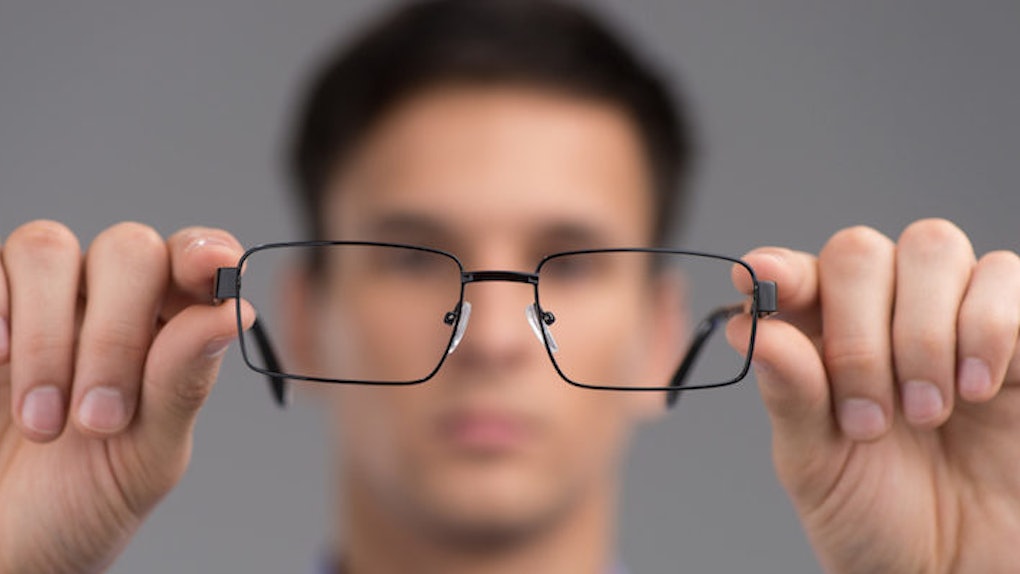 OK, I'm not the type of person who thinks modern art is dumb -- because I'm not dumb. But, one cannot deny it's hilarious how many people just fake liking or understanding it.

The fact is, most people pay way more attention to the placards explaining the art than the art itself.

I mean, I guarantee you Susan from Duluth, Minnesota (who came to New York for the week to see her daughter's new dental practice) is just pretending to enjoy the box with a single feather in it at the MoMA right now.

The truth is, only go to modern art museums if it doesn't bore the poop right out of your butt. It's not a tough rule of thumb.

It's like we all once read experimental art is what you have to be into in order to be a wise, cool adult, but really, most people go to modern art museums because they think it'll make them feel more interesting, less dumb or less divorced.

One London museumgoer decided to prank those people, and it was divine.

TJ Khayatan went to a museum and put his glasses on the floor to see if anyone would think they were part of the exhibit.

And, of course, people did.

We all know the artist must suffer for his craft.

When asked if it was worth it, TJ just took his shoe off, put it on the sidewalk and pointed at it. We understood.

Now, I'm just wondering what other random sh*t you could convince sad people was art at an exhibit.

I've provided some examples for your perusal.

Feel free to go test these out immediately.