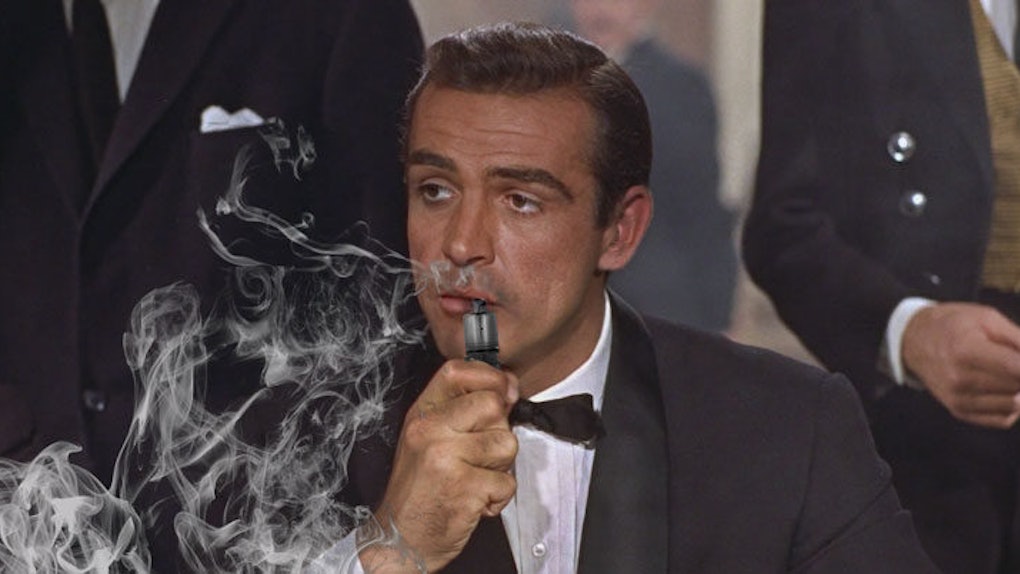 Let's be honest: If it weren't for the whole “they will poison and murder you” thing, cigarettes would be the absolute best.

They might turn your skin yellow, fill your lungs with cancerous toxins and attract drunk people who refuse to buy their own, but they are also indisputably cool-looking. We can't do anything to change that.

Now, I'm not sure why lighting something on fire and casually inhaling its noxious fumes would make you sexually attractive to people, but it obviously does.

Yeah, that's what I thought. She looks cooler than a young Mick Jagger riding a tiger shark. Although, being alive also looks pretty cool. So, you know, it's a trade off.

But you know what doesn't look cool? Any electronic smoking device that makes you look like you are a robot pimp from the future.

A robot pimp is a guy who pimps out robots, not a pimp that is also a robot. Those are called "robopimps." Just to be clear.

To help illustrate my point, I have taken classic pictures of famous people looking cool while smoking and replaced their burning plants with... vapes.

You aren't a man until you've heard Jamie drop that liquid hot beat.

Have a pet you think is the reincarnation of the Dalai Lama? Just call Doc! Yes, he accepts whippits as a form of payment.

He has a studio in the Bronx called "Communasty Cummin' At U."

He was fired for not insulting enough fat people.

If you really think it'll help his career, he's also maybe willing to do some gay stuff.

Do you like to make music using only your body? Then give Pauly a call at 212-318-BEAT.

The bluetooth is the vape of the ear.