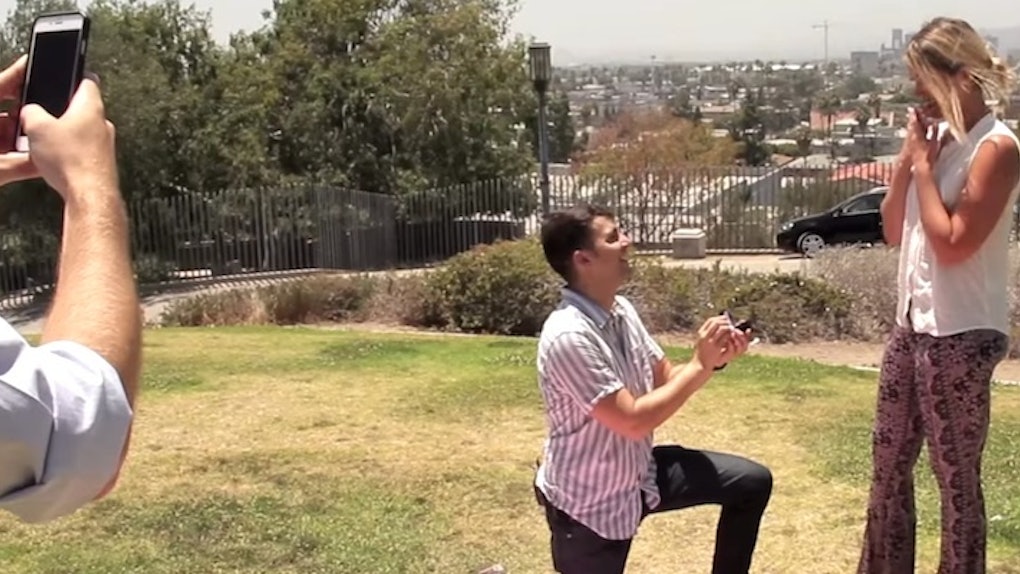 A comedian in LA decided to shed some light on our reflex to "like" anything related to marriages or proposals on social media.

You could post a picture of a hand with an engagement ring on it and have the caption be, “Glad I still have this hand after the gator ripped off the other one!” and people would still like the sh*t out of that picture.

In this video, he set up a proposal scene with a couple of actors and performed an experiment.

He asked bystanders to pose in pictures with one of the actors and then post the fake proposal pictures to social media to see what the responses were.

Despite most of these people in the video already having significant others, and in one case, one had literally gotten engaged less than a month ago, the likes rolled in like lava over Pompeii.