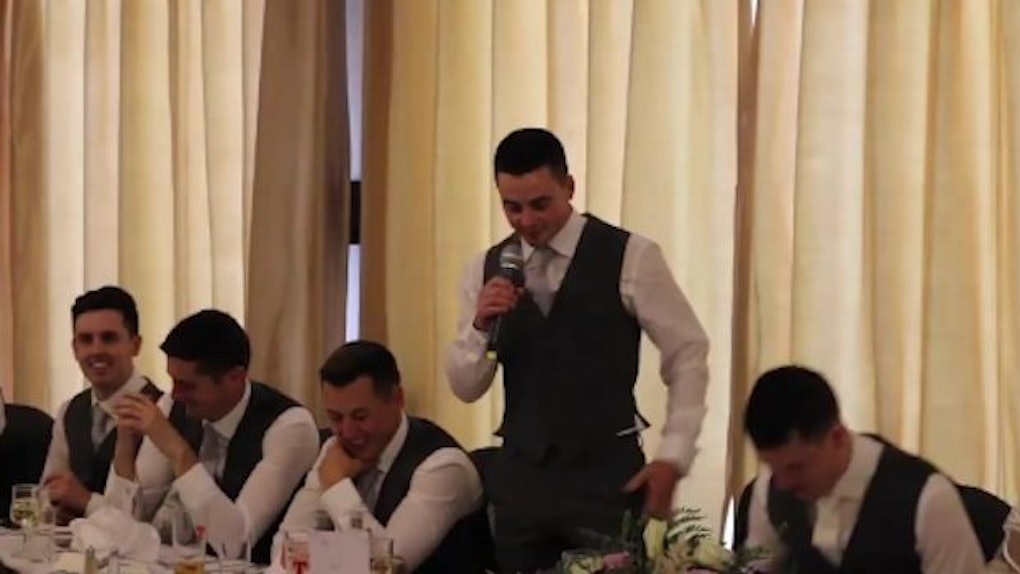 Based on the amount of terrible music, flawless hair and excessive makeup on display at the last wedding I attended, weddings actually have a lot more in common with cheesy 80s action movies than I ever realized.

Just a few months after a group of filmmakers helped their friend learn what it's like to be Rambo for a day during his bachelor party, one best man in Northern Ireland made his own version of the montage included in every single film involving a muscular protagonist made between 1984 and 1987.

With the help of his own crew of filmmaking buddies, Ciaran Morrison decided to forgo a generic best man speech, one filled with a couple of funny anecdotes and allusions to various misdeeds from the past, for one involving a lot more music from "Scarface."