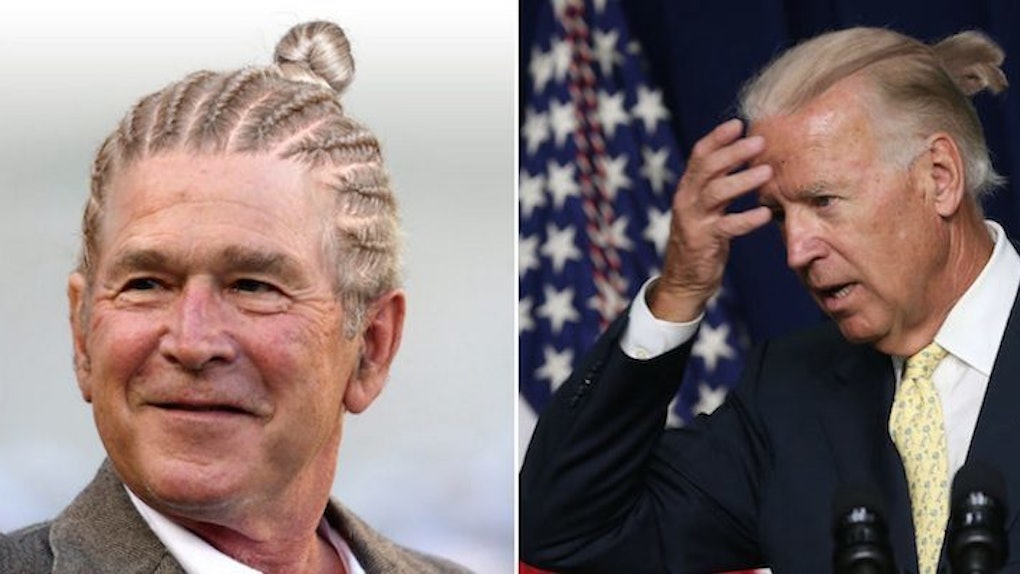 World Leaders Photoshopped With Man Buns Are Hilarious And So Creepy

The best way to get back at douchebag politicians for their irrational antics? Photoshop.

In a recent contest held on DesignCrowd, participants were asked to use their graphic design and photo-editing skills to complete the task of a lifetime.

Designers were asked to style famous politicians in man buns.

If you know anything about the man bun, you know it's been a major trend this year, along with beards, man braids and domesticating wild raccoons found in your backyard.

After 101 different designs were submitted, DesignCrowd selected a winner and awarded a handful of other hilarious entries.