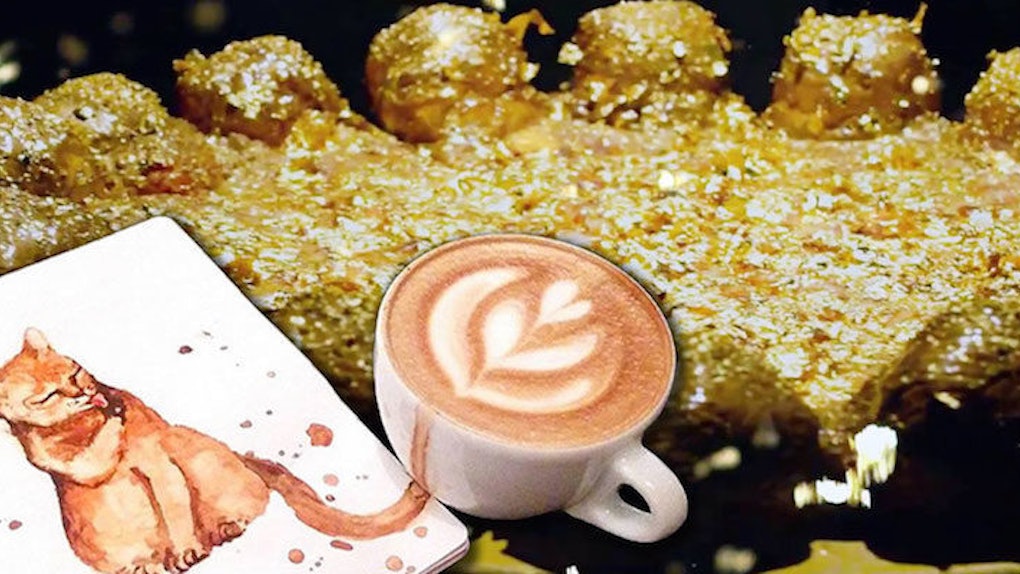 In this corner, still the current champion of weekly story compilations, weighing in at six awesome stories, ladies and gentlemen, the Foodbeast Weekly Katchup!

You may have missed out on all the shenanigans we've gotten into this past week, but fear not, now is your chance at redemption!

Check out the video above find out where you can cop your very own bottle of Big Mac sauce, the most expensive picture of a potato we've ever seen and... gold-encrusted pizza?! WTF?!

Well it's about damn time, McDonald's! The uber-popular fast food chain has finally started selling its Big Mac sauce by the bottle.

Unfortunately, this is a limited-time offer, and it's only available in Australia. Still, I'm sure we can convince our friends Down Under to save a couple bottles for us.

This $100 work of edible art is made by hand, then it's topped with stuffed with purple ube mousse and Cristal champagne jelly. Finally, it's covered in enough gold to make Goldmember's skin start spontaneously flaking.

Yes, that Cristal -- the same one you would find in music videos being poured all over the scantily-clad bodies of supermodels by any number of 1998's most popular rappers.

I don't know which is worse: the fact somebody paid $1.5 million for a picture of a potato, or the fact that, apparently, I could have been selling sexy potato pictures for buttloads of cash this whole time.

With that in mind, there is something to be said about my overwhelming desire for fries and hash browns right now...

Artist Elena is just like you and me -- only, when she spills coffee on her paperwork, she turns it into some insanely dope work of art.

Not only does she manage to capture the true essence of felines in her artwork, but she also paints them in such a surrealist way that, if you think about it, the photographs of the art are art themselves.

Go ahead, let that sink in while I start splashing Dr. Pepper on construction paper until one of the stains makes a German shepherd.

The Chicken Nugget Heist of 2016

On his way out on his last day working for Burger King, John Correa made sure to leave a lasting impression by stealing all of the branch's chicken nuggets. When life hands you nuggets, take the whole loot.

Pizza Hut is in the news again -- only this time it's for something other than its drug-dealing employees.

Exactly 50 gold-encrusted pizzas will be sent out on Super Bowl Sunday to 50 lucky customers. The catch*, however, is you have to order one of the chain's Golden Garlic Knots Pizzas.

*Note: You will not receive an Oompa Loompa-guided tour of the Pizza Hut factory if you win, despite what you may have heard about a marinara river that runs through it.