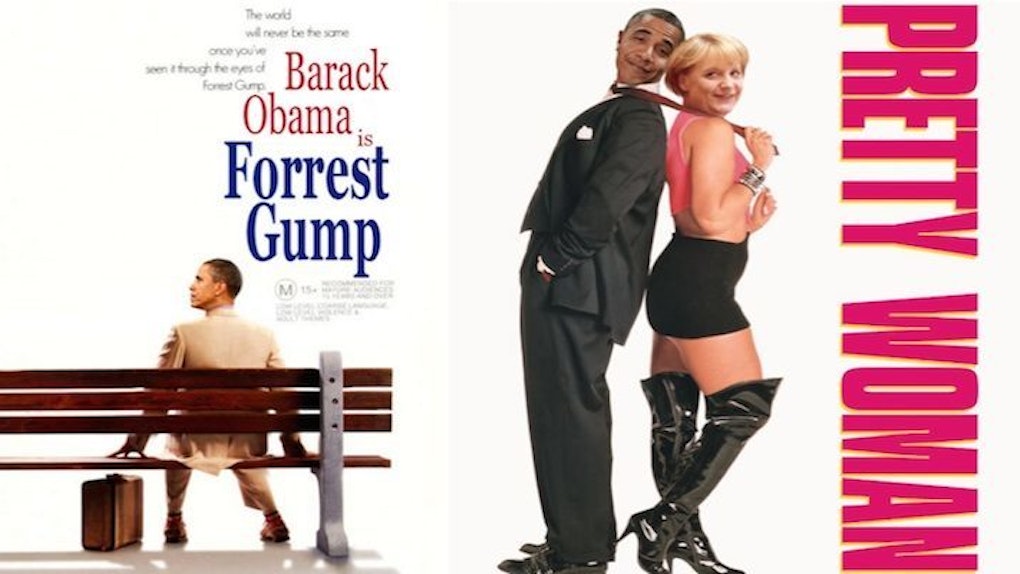 You can use Photoshop for many, many things.

By now, you're aware almost every photo you see of your favorite celebrity goes through the Photoshop editing process prior to hitting the Web for all to see.

As a matter of fact, even Instagram posts are touched up before being posted! Well, if you're Kim Kardashian West, at least.

In a recent collection of hilarious Photoshop edits, we came across the Tumblr page Obama & Merkel Starring in Movies. The collection is a series of edits featuring President Obama and Angela Merkel, the chancellor of Germany, Photoshopped into movie posters.

Oh, and even Vladimir Putin, the president of Russia, showed up a few times. The results? Pure hilarity!

Check out the movie posters below.

"What Happens in Vegas"

"Bridget Jones: The Edge of Reason"