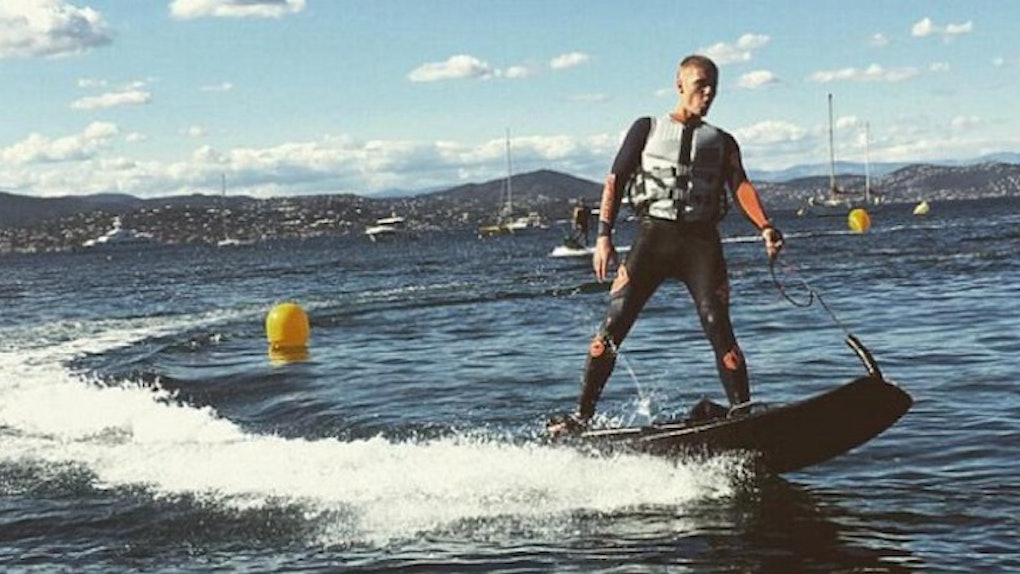 You might want to empty out your piggy bank this summer. It seems like, aside from these awesome emoji pool floats, there are bunch of sporty (and pricey) ways to have fun in the sun.

The latest celebrity trend seems to be these insane motorized surfboards -- a summer fad your favorite celebrities just can't get enough of! It's called the Jet Surf, a 33-pound, jet-propelled surfboard that makes standard wakeboarding seem ancient.

This is JetSurf, the ultra-lightweight motorized surfboard. A crossover sport which combines surfing, high-octane motor sports, and recreational fun.

Priced from about $11,5oo to $13,800, the Jet Surf is the ultimate celebrity summer toy. Even Justin Bieber can't get enough!

Speaking of Justin, Mr. Timberlake digs the Jet Surf, too.

Lewis Hamilton took a break from the race track for some Jet Surfing.

But perhaps the coolest celebrity who took the Jet Surf out for a spin is this super-chill dog.

And of course, pro waterskiing champion Peyman Shaafi had to show off his skills.

Check out this breathtaking video of the Jet Surf in action captured in Dubai.

The Jet Surf is offered in three different versions including Pro Race, Ultra Sport and the GP 100.

Each model features different specifications including top speeds (the fastest is 35 mph), fuel consumption measurements and auto-start controllers. Yup, sounds like the sophisticated, fancy-shmancy surfboard every celebrity would want!