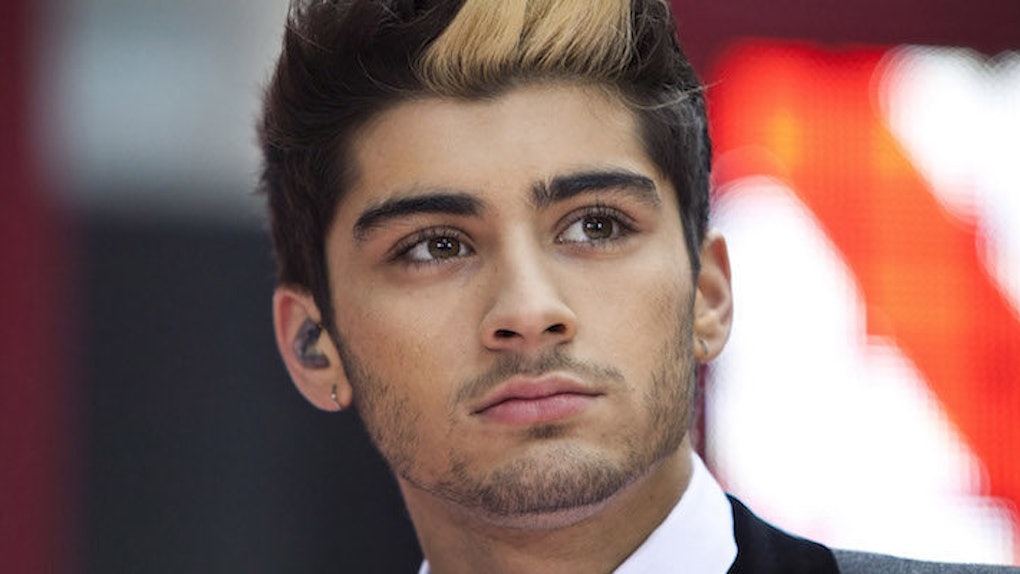 Do we even need to question if Zayn Malik gives a flying f*ck anymore?

If you'll recall, back in January, Zayn did that profile for Billboard and said, with no small amount of shade, he didn't buy the new One Direction album and wasn't really talking to any of the boys.

Now, in the cover article of the music magazine NME, the former One Direction member finally revealed there is one person from the old days he still talks to. https://instagram.com/p/BDSR9fvJC1M/embed/

OK, fanfiction writers, are you ready for this quote? Here we go. Zayn told NME,

I'm still probably the closest to Liam. We talk on the phone. He congratulated me on my single, which was nice. I congratulated him on his Brit Award. It was a good chat. We haven't met up in a long time so we want to meet up.

So, it's official, #Ziam wins.

Unfortunately, it sounds like Zayn's relationship with Harry, Louis and Niall is still not so hot. The singer said he hasn't seen anyone from the band since the split. He said,

I tried to have contact but nobody's reached out. So... whatever.

Oof. That "whatever" hits hard. Whatever, losers.

When asked if he got out of the group because he knew the band's fame reached its peak, Zayn insisted he wasn't saying that, but he also didn't exactly not say that.

Citations: Zayn Malik on His One Direction Bandmates: "Whatever" (Cosmopolitan)