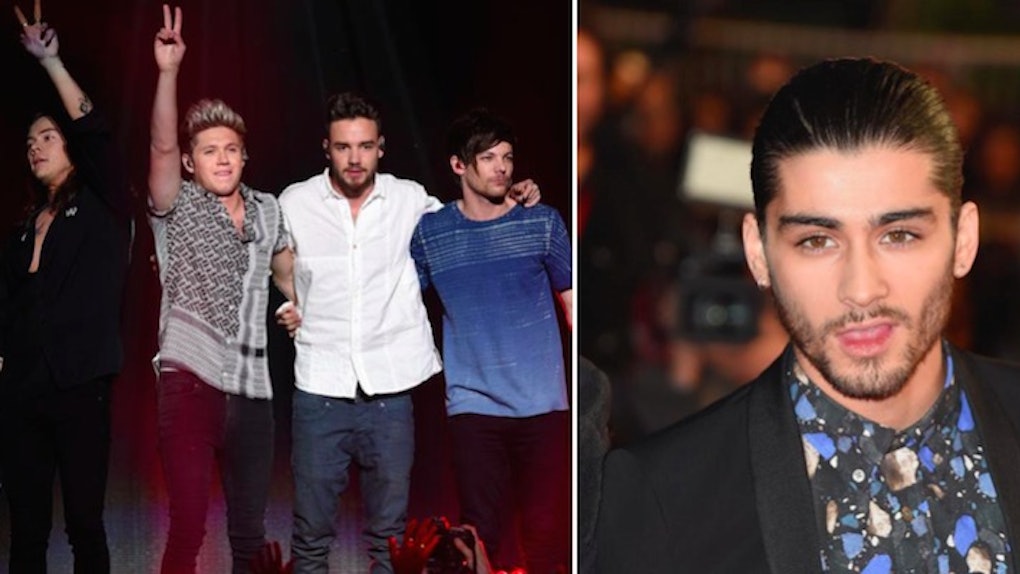 This Is Why Zayn Malik Didn't Buy One Direction's New Album

Sorry, Directioners, but it really seems Zayn is never, ever getting back together with the boys.

In a recent lengthy profile with Billboard, the ex boy-band member said he didn't even listen to One Direction's new album, much less buy it.

I'll be honest. I thought the first single was quite cool. I heard the second single and... Yeah, I didn't buy the album.

According to Billboard, Zayn made a face just mentioning that second single.

Yikes. So it appears Zayn found 1D's single "Perfect," well, not so perfect. Maybe he just doesn't like causing trouble in hotel rooms or something.

Although right after the split, he and the band seemed supportive of each other, the rest of the interview made it clear Zayn feels no obligation to keep up niceties anymore.

The good news for Harry and the rest of the group: Made in the A.M. still topped UK and US sales charts, despite Zayn's disapproval. As for Zayn, we'll have to wait for his solo album this spring and see.