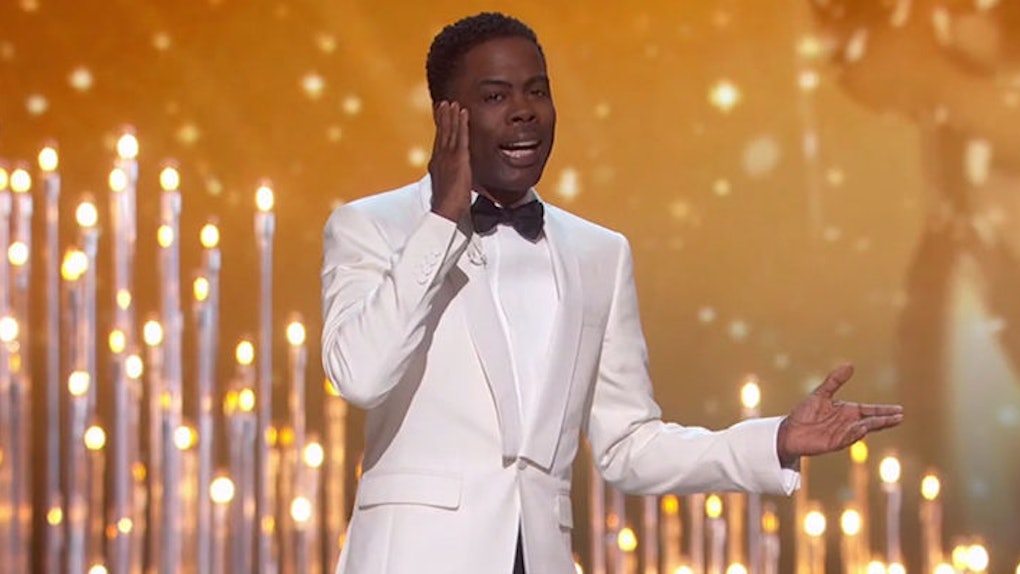 Here Are The Worst-Dressed Stars From The 2016 Oscars

Sunday's 88th Annual Academy Awards have come and gone, and the three-and-a-half hour event was well worth the commitment.

If you missed out on the biggest awards show of the season, we've got the full list of winners, the biggest moments and the best-dressed right here. This year was almost an A-plus from all the stars who attended the show, but there were some WTF appearances among the biggest YAAAS moments on the red carpet.

Check out the worst-dressed stars from the 2016 Oscars below.

This BDSM-inspired dress would be a public relations catastrophe in the office of Olivia Pope. This was a confusing look, considering Kerry did not star in "Fifty Shades of Grey" earlier this year.

It's unclear whether Amy Poehler smuggled in an uninvited guest underneath her unsightly frock, or she just didn't give a f*ck.

Whatever, she still went home with the Oscar for her part in Best Animated Movie "Inside Out."

This ensemble isn't uncharacteristic of Jared Leto's electric style, but did he get his inspiration from a Hostess CupCake? This takes the metaphorical cake for tackiest look of the night. He's still sexy, though.

Cate Blanchett is forever a vision and an incredibly talented actress. The actress brought out all the stops for her Oscar-nominated lead role in "Carol," but this is the least pretty floral arrangement we've seen in a while.

Cate is known for taking risks on the red carpet, but this is one that should have been avoided.

This dress should be made illegal. No one should ever be allowed to wear this gown again.

Someone paid Heidi Klum a large sum of money to wear possibly the most unflattering gown of the night. The supermodel could make a brown paper bag look sexy, but this dress would be better set on fire.

Subconsciously or consciously, this dress's job was to hide any and all of Sofia Vergara's sex appeal. What more can be said? It's blasé and should never again leave the deep, dark depths of her closet.