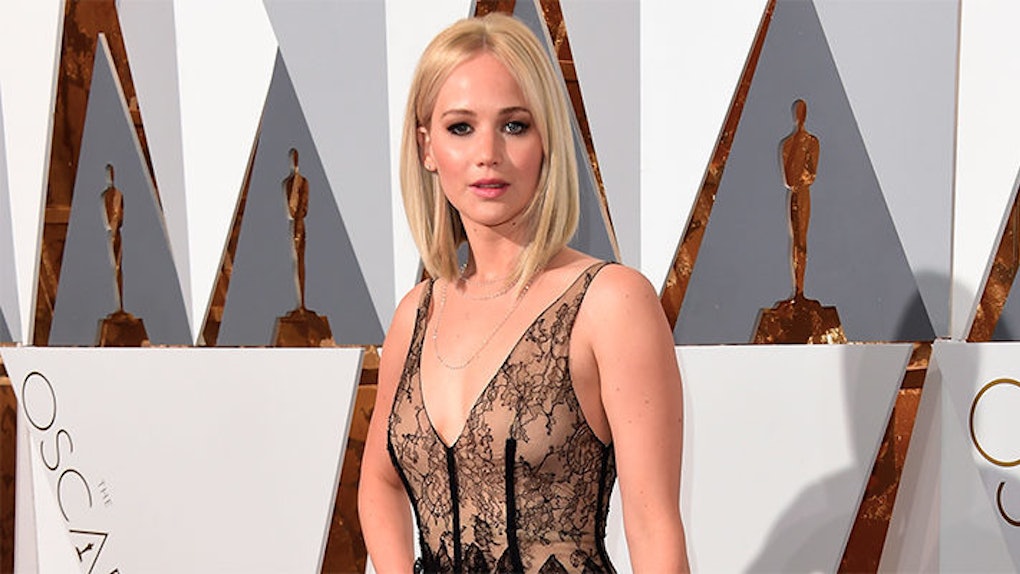 Here Are The Best-Dressed Actresses From The 2016 Oscars

The 88th Oscars premiered on Sunday, February 28, and quickly took shape as one of the most controversial shows in the history of the Academy Awards.

Beyond the context, visuals and technical advancements of the show itself, it was the talent that had viewers at home on the edge of their seats all night long.

The women of this year's Oscars ceremony brought their best to the final show of the awards season, and they did not disappoint. Below are the best-dressed actresses from the 2016 Oscars.

In a floor-length, emerald green August Getty Atelier gown, the Best Supporting Actress nominee stunned on the red carpet. In addition to the longest train seen at the 2016 Oscars, McAdams' toned physique and peek-a-boo leg made it impossible to look away.

Best Supporting Actress nominee Rooney Mara donned a white Givenchy haute couture number, with intricate detailing from its front slit to the added ruffles in the front and back, to the perfect-amount-of-sexy diamond cut-out.

The actress paired the gown with simple but attractive open-toed pumps and flawless beauty looks from makeup to hair.

The "Mad Max: Fury Road" actress absolutely stole the spotlight from the red carpet in a red Christian Dior gown. The plunging neckline paired with a sparkling statement necklace was a no-brainer and made the look complete for Charlize at the 2016 Oscars.

The "Quantico" actress made her Oscar debut in a slim-fitting, floor-length gown. The white contrasts beautifully with her skin tone, and the detail in the material of the dress adds the perfect element to the simplicity of the cut.

The 21-year-old Best Actress nominee honored her Irish heritage with a shimmering emerald green Calvin Klein dress. The plunging neckline and low back contributed a sexy element, and mismatched earrings -- one pearl, one emerald -- were a fun added surprise, spicing up the look.

Alicia Vikander, first-time Oscar nominee, made her Academy Awards red carpet debut in a Princess Belle-inspired ensemble, a yellow Louis Vuitton gown. Pairing with a half-up-half-down hairstyle, the voluptuous skirt with sequin detail took us back to the tale of "Beauty and the Beast" and set the night off right for the Best Actress winner.

Nominated along with "Body Team 12" producers David Darg and Bryn Mooser for Best Documentary Short, Olivia Wilde brought her A-game to this year's Oscars. From head to toe, Wilde -- actress, director, humanitarian -- went for an intricate look that worked; it was just the right amount of complicated. From the braided low bun, to the sultry makeup to the ivory, pleated, deep-plunging Valentino haute couture gown, Wilde stunned on the red carpet.

The Best Actress nominee has been slaying the red carpet in her breakout awards season. To close it out on a high note, she chose a royal blue Gucci gown, complete with an embellished waistband. Her clean, half-up-half-down hairstyle pairs well with the detail of the gown's skirt.

Lady Gaga went for an unconventional approach for this year's Oscars red carpet, wearing an all-white Brandon Maxwell number that got people talking. Straying from the typical gown, the Best Original Song nominee wore a pantsuit hybrid, paired with her signature blonde bombshell hair and warm tones in makeup.

The "Whiskey Tango Foxtrot" actress channeled the award of the night in a gold snakeskin Tom Ford gown. With simple straight hair and a beautiful smile, Robbie was flawless.

She may have been last to arrive on the red carpet, but Jennifer Lawrence was certainly fashionably late in custom Christian Dior. The sheer, black gown flattered the Best Actress nominee, set off by her brightened blonde locks and a simple diamond tiered necklace.